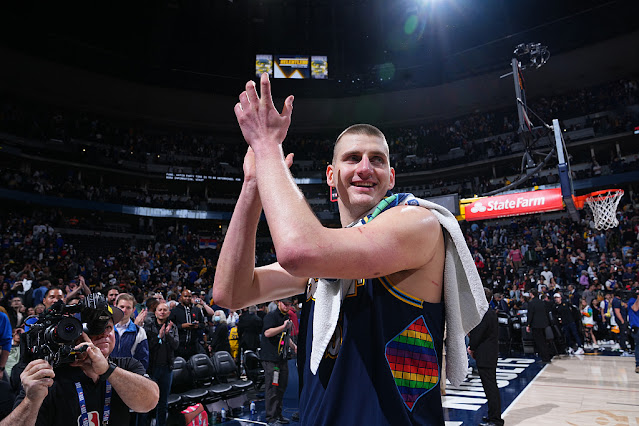 Back-to-Back MVP Nikola Jokic has been rewarded for his accomplishment after winning the award for a second consecutive season.
The Denver Nuggets big man agreed to a five-year, $264 million supermax extension. The last year of his deal is a player option worth $60 million.
Denver has secured their MVP in the hopes of contending for the next five seasons.

Jokic has gone a long way since being drafted in the second round in 2014. He was a relative unknown when he arrived for the 2015-16 season.
The Serbian center quickly made a name for himself with his superior basketball IQ and court vision as he finished third in the Rookie of the Year voting and made All-Rookie First Team.
A player can qualify for the supermax deal if he makes MVP voting. Jokic's back-to-back MVP awards more than qualifies him for the lucrative deal.

Locking in The Joker for the future

Jokic is playing extremely high-level basketball as he averaged 27.1 points, 13.8 rebounds, 7.9 assists and 1.5 steals per game last season while shooting 58.3 percent from the field. All are career highs except for his assist average.
He almost singlehandedly carried the Nuggets into the No. 6 seed in the Western Conference, which gave him an edge in the MVP voting over Giannis Antetokounmpo of the Milwaukee Bucks and Joel Embiid of the Philadelphia 76ers.
Unfortunately, the Nuggets felt the loss of Michael Porter Jr. (back surgery) and Jamal Murray (torn ACL), as they were eliminated by eventual champion Golden State Warriors in the first round of the playoffs.

The new Jokic deal will make them competitive for the foreseeable future as Murray and Porter Jr. are expected to fully return next season.
Add to that the offensive firepower of Kentavious Caldwell-Pope and the Nuggets will be seeding higher for sure.
For more SportNuz, click here for the latest updates
Denver Nuggets NBA Nikola Jokic