Is there hope for Mac McClung? 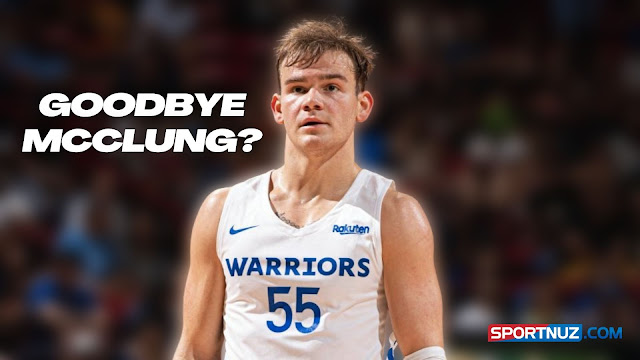 With no news on former HS phenom Mac McClung, is there hope for the now 23-year old?
The last we've heard about McClung was when he was released by the Golden State Warriors after the preseason.
McClung managed to quietly make the Philadelphia 76ers roster on an Exhibit-10 contract but was also released a day later.

Where is Mac McClung?

It was a promising short stint for McClung and the Golden State Warriors. The team surprisingly released him despite the exciting start.
The now 23-year-old guard was a player to watch for the already established Warriors team. The decision was not easy as Warriors coach Steve Kerr explained why they prioritized former first-round pick Ty Jerome over McClung.
“I think we were interested in a more pass-first point guard,” Kerr told reporters. “Letting Mac go was tough. I love Mac, and I think he’s an NBA player.”
There were flashes of promise as an off the bench contributor as McClung averaged 13.4 points, 3.6 assists and 4.8 rebounds per game  in the summer league. He did it on 45.6 percent shooting from the field and 50 percent from 3-point range in.

He earned a one-year, non-guaranteed deal for his impressive showing but was able to attend training camp before being cut during the preseason.

After signing a Exhibit-10 contract with the Sixers, he wasn't able to see action as he was also cut a day later. there's no news on McClung's future as of yet.

Is there hope for McClung?

Let's be real. Preseason and summer league games amount to nothing. Those games don't count and McClung could have scored 50 per night and still get cut.
With the Warriors, McClung's iso-dependent game isn't a good fit for the floppy-heavy Warriors’ offense. He simply isn't for a team that's only single play is pass around and shoot threes.
Ty Jerome is a pass-first guy and would fit the Warriors' rotation even if McClung was lightyears ahead in terms of output.
The Sixers would have not worked either as James Harden is ball-dominant and Tyrese Maxey is stepping it up another level. There's no room for notable production for McClung with the Sixers.
McClung's weakness is system. It has already shown during his college days where all his flaws were heavily exposed.
He's best fit for a rebuilding NBA team that will take a chance on him. The Charlotte Hornets did it with fellow high school phenom Dennis Smith Jr.
The only difference between McClung and Smith Jr. is that the latter has notable productive NBA seasons. McClung just doesn't have that yet.
Maybe Europe or China will welcome him with open arms?
For more Sportnuz, click here for the latest updates.
Golden State Warriors Mac McClung NBA