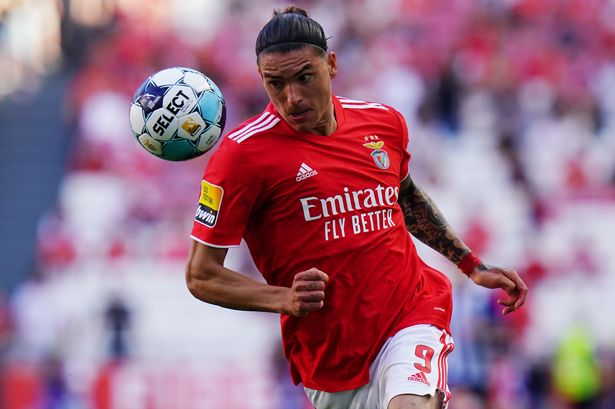 Liverpool is going to have fresh talent in their lineup. The team is reportedly going to offer Benfica forward Darwin Nuñez a five-year deal.
It was a disappointing campaign for Liverpool who lost the league title in a heartbreaking one point to Manchester City. They then lost the Champions League final to Real Madrid.
The two defeats signified that Liverpool needs to strengthen their squad to make sure they don't fall short this time around

The reds have been making moves to sign Benfica striker Darwin Nuñez. The 22-year-old has been Liverpool's top transfer target.
The team needs to offset its potential losses with Sadio Mane linked with a move to Bayern Munich. Forwards Mohamed Salah and Roberto Firmino are in the final year of their contracts and can possibly go elsewhere.
Liverpool is entering the bidding wards, willing to offer around $85 million plus an additional $21 million in add-ons to possibly land Nuñez. It won’t be easy as competition is tough to land the rising star.

Who else is bidding?

Big dogs like Manchester United are also interested in signing Nuñez. The Red Devils also look to overhaul their squad and Nuñez is seen as someone to lead upfront.
New manager Erik ten Hag was granted a generous budget to work around the club's lineup. Such one can be thrown to sway the young Uruguayan.
With bigger banks from other clubs, Liverpool will have to use previous prestige to make sure Nuñez picks them in the hopes of finally winning the Champions League next season.
For more SportNuz, click here for the latest updates.
Football Premier League