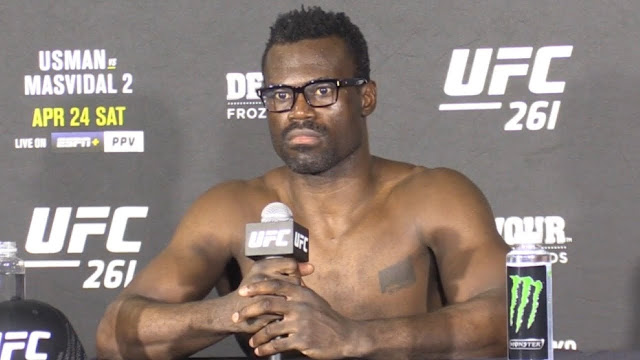 A marquee middleweight contest has been scrapped ahead of UFC’s return to Las Vegas.
No.9 ranked Uriah Hall is out of his scheduled contest against No.13 ranked Andre Muniz at UFC on ESPN 34. The promotion has yet to make an official announcement but sources has confirmed that Hall is out.
Du Plessis stepped up for the second time as he was scheduled to face Kevin Gastelum on short notice before deciding to pull out. Plessis is not set to face Muniz.

Hall had his momentum halted when he suffered a decision loss to Sean Strickland after winning his previous four. He's held notable victories over former middleweight champions Anderson Silva and Chris Weidman.
Muniz, on the other hand, has been quietly making his presence felt with four straight wins in the UFC. Three of his four wins were via armbar.
For more SportNuz, click here for the latest updates.
MMA UFC Uriah Hall