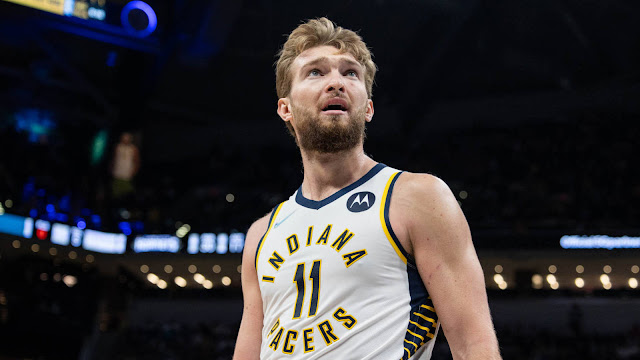 Sabonis traded to the Kings

The Pacers big man has been rumored to want out of the team since the past year. A couple of names have also been trade rumors such as Myles Turner and Caris LeVert.
LeVert was the first to go when the team traded him to the Cleveland Cavaliers on Monday for Ricky Rubio, a late first-round pick in June, aand n early second-round pick.

Haliburton: future star for the Pacers?

Haliburton is turning 22 years old this month and finished third in Rookie of the Year voting last season. The potential is there as he has provided decent numbers with a semblance of growth.
The sophomore is averaging 14.3 points (on 46/41/84 shooting splits), 7.4 assists, 3.9 rebounds and 2.4 combined blocks and steals in 34.5 minutes over 51 games this season.
An increased role has helped him thrive as Kings running mate De'Aaron Fox was healing from injuries.
For more SportNuz, click here for the latest updates.
Domantas Sabonis Indiana Pacers NBA Sacramento Kings