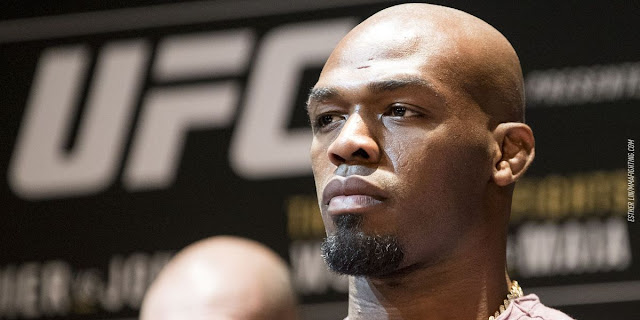 Jon Jones needs a new home to train in.
The former UFC light heavyweight champion has been training out of his garage in recent weeks since being banned from his longtime home facility in Jackson Wink.
He has expressed desires to take his training out of his own personal domicile.

Jones in search of new team

Longtime coach Jackson Wink coach Mike Winklejohn banned Jones from training in the facility in mid-October, following his misdemeanor arrest for alleged battery involving his fiancée.
Jones said he's still going to root for his former teammates even though he no longer is affiliated with them. He also expressed no intentions to return to Jackson Wink anytime.

No longer a good camp?

Jones thinks the training camp isn't what it used to be during his dominant reign as the UFC light heavyweight champion. Even its prominent fighters have left at some point
Carlos Condit and Diego Sanchez have already retired from the sport in recent months. Some good names the camp has left is former UFC champion Holly Holm and rising Bellator star Aaron Pico, to name a few.

Where will Jones go?

For now, Jones is making things work training in his personal training facility.
Jackson Wink coaches Greg Jackson and Brandon Gibson still help him prepare for the fight albeit the separation from the training facility. Jones declared on his Twitter account that he’s “on the lookout” for his next team.
Jones last saw action in February of 2020 when he defeated Dominick Reyes by split decision. The division has seen new names emerge as champion during his time off.
It was Jan Blachowicz that took over the division for some time then lost to Glover Texiera at UFC 267.