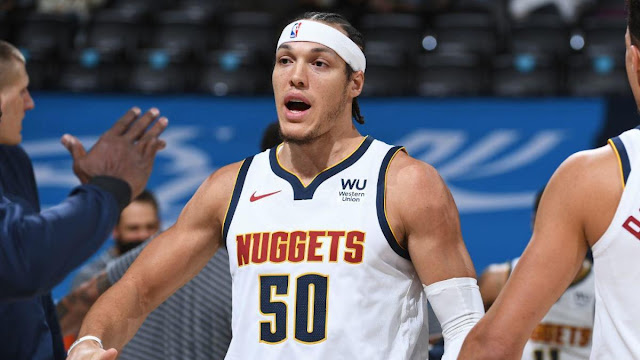 Gordon to stay with Nuggets

According to The Athletic, he was offered a $92 million deal and will be under the contract all throughout the 2025-2026 season. Denver granted the former Orlando Magic forward before the NBA trade deadline last spring.
Averaging 12.7 points, 6.3 rebounds, and 2.5 assists per game, Gordon entered the league in 2014 as the fourth overall choice.
Gordon will join current NBA MVP Nikola Jokic, Will Barton, and Michael Porter Jr. on the Nuggets' roster going forward. After recovering from an ACL injury from the playoff season versus the Phoenix Suns and subsequent surgery last spring, star shooting guard Jamal Murray will ultimately return to the team.

Is Aaron Gordon still worth the huge deal?

When Gordon played for the Nuggets during the postseason for the first time, he averaged 11.1 points per game, along with 5.4 rebounds and two assists.
Averaging 17.6 points and 7.9 rebounds for the Orlando Magic back in 2017-2018 was a career high for Gordon. This means that with his signed contract extension, he could still keep up and strive to aim for those points again and hopefully get another career high for his time as a Nugget.
He’s still only 25 years old, still has a lot to learn and accomplish especially from a team that has a decent number of players and an MVP like Nikola Jokic.
If he does great and continues to practice and work on his shooting, playmaking abilities, and defense he can be as good as other loyal 25 year old NBA players like Luka Doncic, Ja Morant, and Devin Booker.

Prior to Murray's injury, Gordon became a great backup, but it ultimately became inefficient as time went on. To begin with, Gordon served as the fourth or fifth offensive solution and was expected to block opposition wings or guards, as the case may be.
But a After Murray's injury, he faced challenges and had difficulty when he was given greater offensive responsibilities, which he probably got pressured and struggled with. So to take the Nuggets to the next level in the playoffs, their defense will be even more essential with this new deal offered to Gordon.

With this new deal, he has now gained a new sense of purpose and a mission. Because of his athleticism and willingness to play above the rim, he was a matchup concern for opposing defenders. NBA.com says that opponents shot 3.2 percent worse overall and 5.6 percent worse within 10 feet of the hoop in 2020-2021 when he defended them.

He's a defensive leader who has the flexibility to defend numerous positions, as well as a great deal of length and athleticism to stop the drives. He can fit in well as a supplementary option who could take advantage of the space provided by playing alongside Jokic and Murray.