Ben Simmons Falling Out With The 76ers? 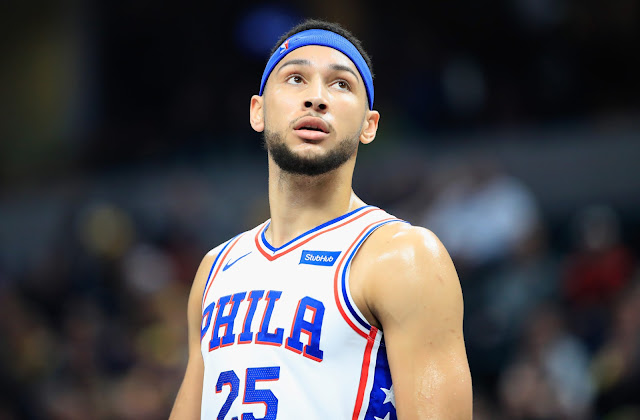 Ben Simmons dropped all contact with the Philadelphia 76ers and wants to move on?Apparently, Simmons informed his current team that he wants to sign out and not join training camp.

It’s probably one of the most talked about news in the NBA. If rumors are true, then a four year journey with a phenomenal team comes to an end.

The situation between Ben Simmons and the Philadelphia 76ers has been going on for a while and is quite complicated as sources would say that he has stopped all connection with teammates and anything involved with the 76ers.

It’s reported that he may be in the search for a better team and move on for his career. During the playoffs against the Atlanta Hawks, fans and the team have had doubts about Simmons’ performance and commitment. Despite being the no. 1 overall pick in 2016 and being an incredibly talented player, Simmons failed to reach his true potential and shoot 3 point shots that ultimately disappointed his fans and team.
During his post-Game press conference, Sixers head coach Doc Rivers said that he wasn't quite certain if Simmons was willing to be a championship-level point guard yet. As for the response, Rivers said, "I don't know right now."

In June, the Sixers and Simmons seemed to be cutting ties after Philadelphia lost in the Eastern Conference semifinals, and Simmons was criticized by coach Doc Rivers and fellow teammate Joel Embiid.

His journey with the Philadelphia 76ers

There are indications that despite being a three-time All-Star who excels as both a playmaker and defender, he is interested in being traded to the teams in California.
Simmons' desire to be traded has been known to the Sixers for some time, as per NBA journalist Marc Stein. In response to the reports, the 76ers have declined to clarify. The Sixers are reportedly looking for an All-Star player in exchange for Simmons, but so far have not been able to come up with an agreement they are happy about.
This will be even more difficult now that Simmons' expectations have been made known to the general public. There are only three teams in California, so the Sixers' have minimal possibilities.

Where to next for Simmons?

In his four NBA seasons with the Sixers, he has been with them since 2016 who became a proficient player and skilled defender who started every single one of his 275 games. He has averaged 15.9 points, 8.1 rebounds, and 7.7 assists per game in his professional career. But now, with the desire to move on his journey with the Philadelphia 76ers ends here.

"As a matter of fact, Ben Simmons has made it clear that he does not want to play for the Sixers anymore. A total of three California teams are on his list and because of this, he and the team have a lot of bad blood with each other." said a Western Conference executive. in an interview for the Inquirer.
For more SportNuz, click here for the latest updates
Ben Simmons NBA Philadelphia 76ers