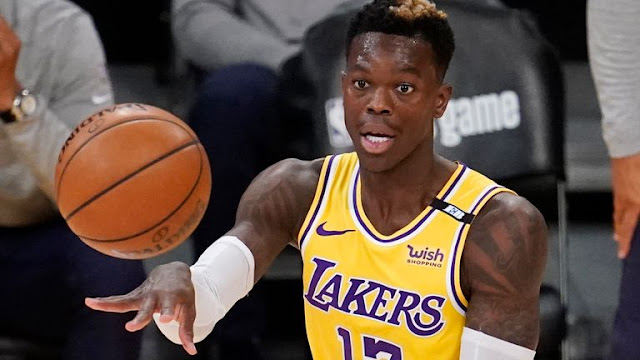 He rejected a better offer from the Lakers. Was it worth it or will he regret it?

Dennis Schroder, a former Point Guard for the Los Angeles Lakers has surprisingly rejected a consequential $84 million offer and proceeded to sign a 1 year, $5.9 million deal with the Boston Celtics instead.

Schroder captioned his Instagram post with "I'm proud to announce that for the 2021-22 season I'll be playing for the Boston Celtics!" This is one of the best franchises in NBA history and it will be an honour to put on the green and white and do what I love! I'm going out there every night and leaving it all on the floor for the city!! Who's ready?"

Schroder's time with the Lakers

The eight-year veteran averaged a good 15.4 points and 5.8 assists in 61 games as a starter. But as a third option his performance became weak and disappointing making the season end badly due to undergoing NBA’s health and safety protocols.
Despite the rough time, the Lakers had high hopes for him so they extended his contract by four years and $84 million. Instead of accepting the offer Schroder decided to wait until free agency and try to get an even bigger contract, nearing $100 million.
NBA insider Mark Murphy revealed that the Celtics presented Schroder the opportunity to continue for next season and as backup for Marcus Smart.
Unfortunately, on Schroder's side he’s only interested in a 1 year contract and needs time to process things. “I think he’s still in a state of shock because of what he’s done.” Murphy said.

The Celtics are working to improve on their roster and Schroder might be a great addition after all. Even just for 1 year in contract, he could make a difference. As the Lakers are also busy with great offers and a trade of players.

Will Schroder win a bet on himself?

With Kemba Walker going to New York, the Celtics could use a decent point guard who can allow the scorers to do their thing.
Boston is clearly making changes with their lineup and need to further boost their roster. With Jayson Tatum and Jaylen Brown as the starting forwards, Schroder’s shooting can create an important setting especially when paired with Marcus Smart.

Schroder's addition will propel the Celtics to victory. With his rights remaining, the Celtics are hindered from paying him $7 million per season as a starting salary without using an exception if he performs well in the interim.
Still, that's a problem Boston could take, as it would mean that this limited-time partnership with Schroder had become successful for both parties.
For more SportNuz, click here for the latest updates
Dennis Schroder