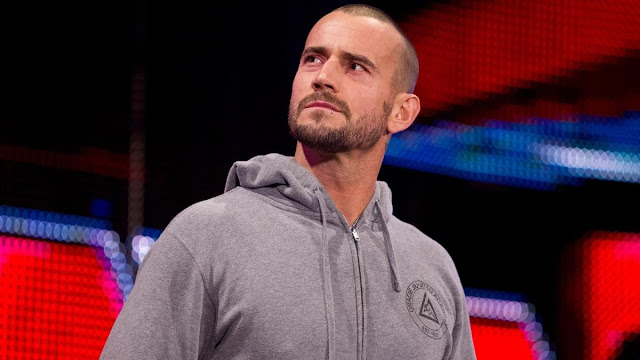 After a seemingly lackluster stint in MMA, CM Punk might be coming home to the sport that made him famous.

If you're a wrestling fan, you know that any news of a favorite of yours returning to the ring, no matter how old you are, brings out that "little child" enthusiasm.
As a result, you can understand our delight when we saw social media talking about CM Punk's potential return to the squared circle.

Last March, he stated that matchups against Daniel Bryan, John Cena, Rey Mysterio, or Will Ospreay may entice him, and an overwhelming 86 percent of you agreed that it was time for him to return to the WWE.

"CM Punk is coming back" has been circulating in the wrestling world on and off since he left the WWE following the 2014 Royal Rumble. However, while the CM Punk comeback rumors mill is churning along, it's not WWE this time.

Since then, he's had his ups and downs with the organization, with claims, lawsuits, and an improbable comeback (of sorts) on FS1's WWE Backstage.
While CM Punk has stated that he has no desire to return to the squared circle, he has explored the idea in public on several occasions, especially now that he is no longer afflicted with UFC.

CM Punk After His Last Contract with WWE

In 2011, CM Punk's WWE contract came to an end. Before being controversially pulled out of WWE, he received a three-year contract extension. Because of that, he officially left the company in 2014.

CM Punk disclosed insights about his WWE and UFC careers in a recent episode of Renee Paquette's podcast.

Renee then stated that Punk had originally intended to compete in amateur fights before entering the main event, to which Punk agreed. He also stated that he would devote a lot of time training (in MMA) since he "wasn’t a big enough name".

Despite being one of WWE's biggest performers, he never felt compelled to do it full-time once his WWE contract was extended. Punk chose to prepare specifically for the UFC before he became "too old". He also confessed that he wanted to enter UFC, but due to WWE job obligations, he never got the chance.

CM Punk was in talks to return to pro wrestling after leaving the WWE in 2014. The news made headlines on Wednesday morning. AEW was "the most likely landing spot," according to Fightful's Sean Ross Sapp. Nevertheless, this does not rule out the possibility of Punk signing with the Jacksonville-based organizations, he has previously claimed that AEW is more appealing to him rather than returning to WWE. The revelation drove wrestling fans into a frenzy on Twitter, with fans fantasizing about scheduling the former WWE Champion to appear in AEW and compete against the company's top talents.

The Public's Wild Guess Towards Punk and AEW

Despite having enough potential to fight AEW's biggest stars (namely MJF, Miro, and Adam Page), Punk's lips are still sealed regarding the rumors. Although no reports specified where the former WWE Champion would be traveling, fans are doing their own research through his Instagram page.

In an IG story last Thursday, Punk posted the Alan Parsons Project's tune "Sirius" blared in the background as Punk's story was shown on a dark screen. This song will be readily recognized by Chicago Bulls fans as the team's entrance music. The song has been used by the franchise for decades, but it is most strongly connected with Michael Jordan's six NBA titles from 1991 through 1998.

Because of this, fans immediately speculated that Punk will return at AEW's All Out pay-per-view in September, which will happen in the suburbs of Chicago, CM Punk's hometown.
For more SportNuz, click here for the latest updates
AEW CM Punk Wrestling