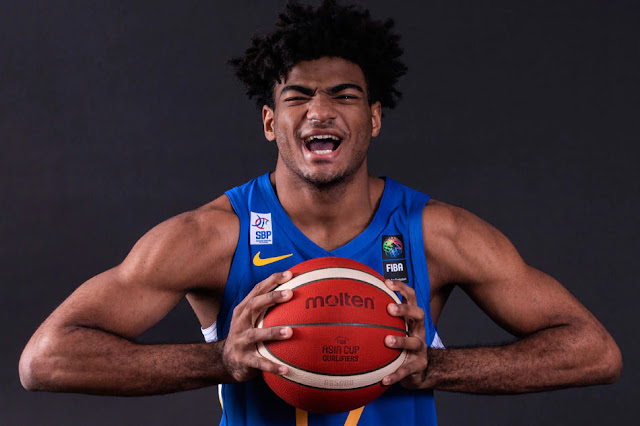 At just at 18 years old, Lopez will not only carry the Philippines in international competition but also in overseas play.
The Gilas Pilipinas team member has a huge chance to unlock his true potential as he hopes for a brighter basketball future.
Lopez will also be the first from the Philippines to sign with the Overtime Elite League to play for the US. Not a bad highlight for a young Filipino baller's career.

"I am humbled and grateful to Overtime Elite (OTE) for believing in me and helping me get closer to my dreams. I will work hard to live up to their faith. As OTE leadership said, I will be the first Filipino player to join them. It is an honor that I will not take for granted. I will not let our country down. I will work very hard to represent us well," wrote Lopez in a lengthy instagram post.

For Gilas Pilipinas, Lopez played at the third window of the 2021 Cup in Clark and earned the Philippines 76-51 over Indonesia with eight points, five rebounds, one assist, one steal and one block in 10 minutes.
Last time at UAAP Seasons 82 with the Ateneo Blue Eaglets he proved to be a worthy player with an average of 16 points, 9.2 rebounds and a spectacular 3.0 blocks per game in just over 25 minutes.
Lopez's team, which manages Kai Sotto's and Kobe Paras' careers, has been reportedly headed for the US to sign with East West Private as early as last year.

A new chapter ahead

This new transition in his life means Lopez will no longer play college ball in his career. So we look forward to witnessing his journey as he improves more on his game in the US and continues to show his incredible skills for future games.
For more SportNuz, click here for the latest updates.
Basketball LeBron Lopez Overtime Elite Philippines