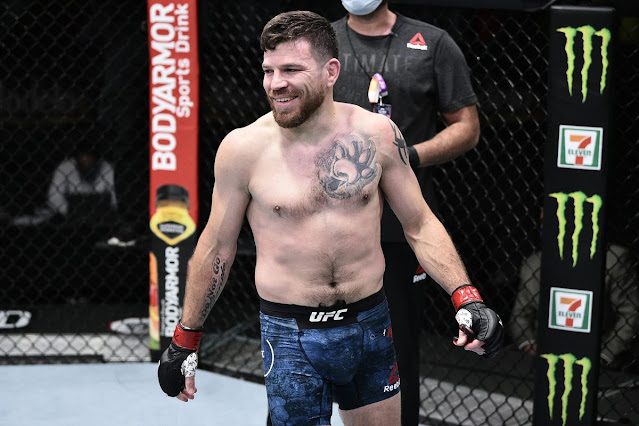 A grappler vs grappler match is scheduled for this April.

Two people with knowledge of the matchup informed MMA Junkie of the booking Tuesday but asked to remain anonymous since the promotion has yet to make an official announcement.

Miller is tied with Donald Cerrone for most fights in UFC history at 36. The Brazilian Jiu Jitsu black belt has won three of his past five fights, all by way of submission.
He was originally scheduled to face Bobby Green at UFC 258 in February. Unfortunately, Green collapsed after the weigh-ins and the fight was cancelled altogether.
Solecki, on the other hand, is currently undefeated in the UFC since jumping over from Dana White’s Contender Series in July 2019. His first fight was a unanimous decision win over Matt Wiman, before following it up with a first-round submission of Austin Hubbard last year.

Darren Till vs. Marvin Vettori