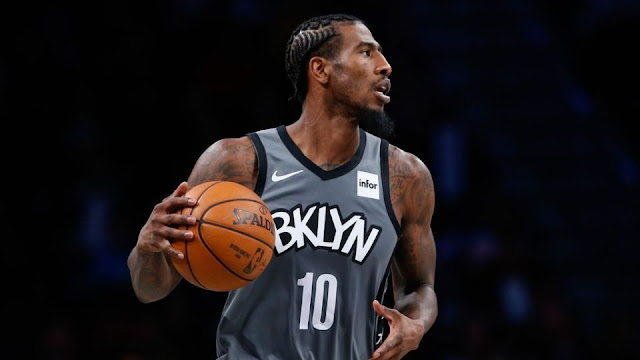 The Brooklyn Nets are decluttering after Tuesday night's win over the Sacramento Kings. The team has requested waivers on Iman Shumpert, Noah Vonleh, and Andre Roberson.
Reports state that Shumpert and Roberson intend to sign 10-day contracts once cleared off waivers. The move was more for cap flexibility ahead of the guaranteed contract deadline coming up later this week.
Shumpert was with the team for barely a month after signing with the Nets back on Jan. 30. He only played in just one game for six minutes.
Vonleh, on the other hand, only had 11 minutes over four games after signing with the team on Feb. 8.
Ironically, Roberson had more exposure despite the short stint as he played 22 minutes over two games since signing with Brooklyn last week.
For more SportNuz, click here for the latest updates.
Brooklyn Nets Iman Shumpert NBA