Is Blake Griffin Playing His Final Games in Detroit? 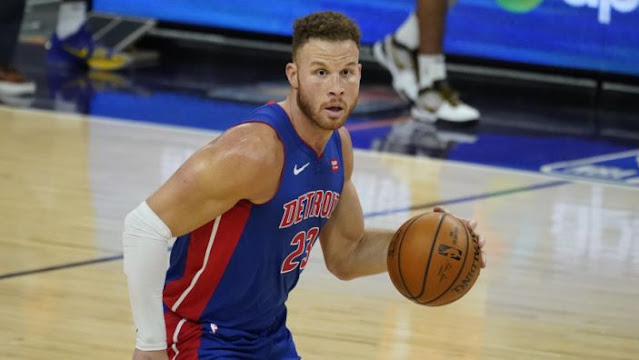 Blake Griffin's significant decline as part of the Detroit Pistons has been a narrative since the season started. It seems like both parties are close to reaching a resolution.
The former All-Star expressed that he wants to play for a contender. His team, on the other hand, has enough pieces to go on a legitimate rebuild to develop their young players.
Griffin still has two years left on the lucrative deal he signed with the Los Angeles Clippers. The Pistons still owe him $36.8 million this season and a player option for $39 million next season — making
There's a possibility that Griffin will be bought out if there aren't any takers.

Griffin has been outplayed with the suddenly resurgent Jerami Grant this season. This has brought coaching staff to consider cutting Griffin's minutes.
The 31-year old still wants to have a meaningful impact with the team. He has worked hard to tweak his game a bit after injuries took a toll on the hyper athleticism he solely relied on.

He has shown maturity with his willingness to distribute the ball more and settle on long-range shots instead.
Sadly, Griffin hasn't hasn’t finished above the rim since December 2019. He only played 18 games that season before undergoing left knee surgery.
“I am grateful to the Pistons for understanding what I want to accomplish in my career and for working together on the best path forward,” Griffin said in a statement.

The future is uncertain for Griffin, who currently averages career lows of 13.8 points, 4.9 rebounds and 3.8 assists on 36% shooting and 28% from the 3-point line in 38 games this season.

The Pistons are ready to rebuild as they traded away their contributors in Andre Drummond last year and Derrick Rose just this season. They let Christian Wood sign with the Houston Rockets as well.

Griffin is the only piece left in the puzzle. It is highly likely that the team will part ways with his expensive contract anytime soon.
For more SportNuz, click here for the latest updates
Blake Griffin Detroit Pistons NBA