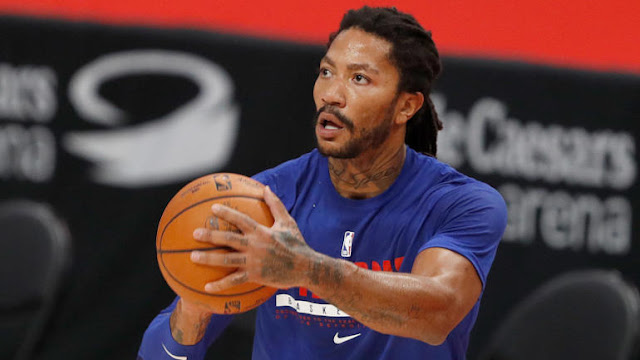 Derrick Rose is coming back to New York

The Detroit Pistons traded Rose to the Knicks for Dennis Smith Jr. and a 2021 second-round pick. The move reunites Rose with former head coach Tom Thibodeau.
Rose came to terms with the Pistons as both had a mutual agreement for a trade. Other teams interested were the Los Angeles Clippers, Miami Heat, and Milwaukee Bucks among many.

Smith was never able to show the game he once had in New York. In fact, he even asked to be sent to the G League just to get playing time.
At least the Pistons are getting another young guard that can be considered a veteran already. Smith will likely go behind rookie Killian Hayes in the rotation but it's just fair given his recent production.

The draft capital they got is just a throw-in but may turn into a gem. We've yet to see what happens to that pick though.

The Knicks are currently below .500 but still are impressive this season. Rose still has game left in him but obviously, his past two teams
It is still possible for the team to snag a playoff berth and they will need all the help they'll need. Even if it means risking on taking a player their coach overplayed into past prime.
Thibodeau coached Rose to such exponential usage rates back in Chicago. It's what quickly ended the former MVP's prime years.
Now, another dilemma is up in there as Rose's arrival might impact rookie guard Immanuel Quickley's development. It's scary knowing how Thibodeau has a reputation of always asking more out of a productive person.
At least the Knicks still surely got an upgrade that will help their chances more.
For more SportNuz, click here for the latest updates.
Derrick Rose Detroit Pistons NBA New York Knicks