Onyeka Okongwu getting closer to making debut with Hawks 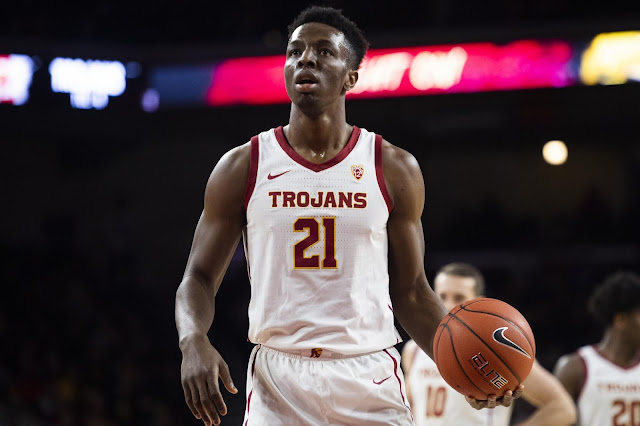 Atlanta Hawks rookie Onyeka Okongwu might finally be able to prove his hype soon.
The sixth overall pick in this year's draft made a major development after participating in a 5-on-5 practice, according to team reports.
Okongwu was sidelined after being diagnosed with inflammation of the sesamoid bone in November of last year. The injury caused him to miss the team's entire 2020 regular season games.
Hawks head coach Lloyd Pierce confirmed that Okongwu was indeed participating in 5-on-5 drills. It was the last step to prove he is cleared to play.
The 20-year-old also confirmed his upcoming NBA debut when he announced it on social media last month.

What to expect in Okongwu's NBA debut

The Hawks have a solid paint beast in Clint Cappella as their starter which either bumps Okongwu to sixth man.
The team has a loaded lineup on the wings which is why it makes sense to only have one paint presence per substitution.
Okongwu also brings a ton of potential and a good feel of his role after 16.2 points, 8.6 rebounds, 2.7 blocks and 1.2 steals for USC. He also earned First Team All-Pac 12 honors in the process.

Okongwu was one of the best defensive centers in college basketball last season. He has earned comparisons to Miami Heat center Bam Adebayo for his agile motor and athleticism.
The Hawks are currently at 4-4 this season and Okongwu isn't going to have the pressure of turning the franchise around just yet. Everything is in the hands of All-Star Trae Young and forward John Collins.
It only means that the roster will be beefing up in front once Okongwu finally debuts.
For more SportNuz, click here for the latest updates.
Atlanta Hawks NBA Onyeka Okongwu