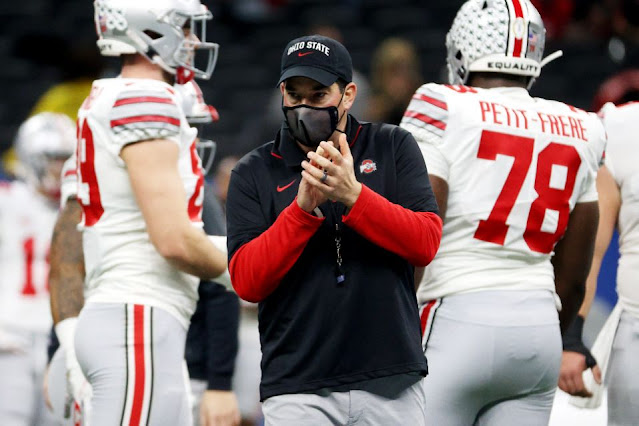 College football is still on low morale as all the disruptions, controversies, and uncertainties haven't eased down as the season culminates.

Ohio State shut down reports that College Football Playoff title game will be moved due to COVID-19 issues in the school.
Reports confirmed that the Buckeyes won't move back the title game.

“We are on track to play. We continue to follow the same protocols as we have all season. We plan to play January 11th,” Ohio State athletic director Gene Smith said.
Reports also stated that Ohio State is confident behind the scenes. The team isn't bothered by COVID-19 issues since they know they did the right protocols to continue with the title game.
Though there will be missing players in the game, it isn't enough to postpone the entire championship.

COVID-19 has been an issue in Ohio State all season long. Aside from the fact that the games were moved, teams whose members test positive in rapid tests are required to pause for seven days.

Ohio State has missed players and coaches all season because of COVID-related reasons. Coach Ryan Day missed the game at Michigan State when he tested positive. Then, the Buckeyes also played a game without three starting offensive linemen above other key contributors.
The school already had three games canceled on the season, including a game against Illinois because of a COVID-19 outbreak inside the campus.Ohio State still remains confident though that they will be able to push through with the final.
For more SportNuz, click here for the latest updates.
College Football NCAA Ohio State