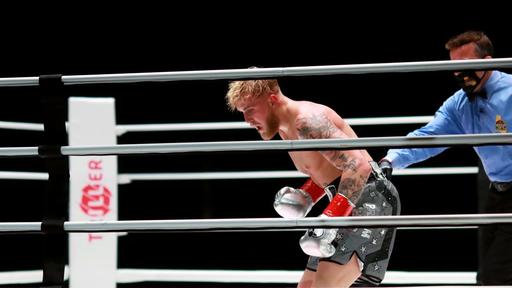 Popular YouTuber brother Jake and Logan Paul are making more money than the real boxers. Now, they are demanding more competition too.
Jake Paul is now asking for Conor McGregor. The YouTube star is asking for the former UFC champion dresh after winning his recent boxing match against former NBA player Robinson.
The younger Paul brother knocked Robinson out in the second round of their bout, which was the undercard for the Mike Tyson-Roy Jones Jr. exhibition on Saturday.

Paul now has two wins from two fights and wants to add a victory over UFC legend McGregor to his resume.

"I've been training my a— off for the past year," Paul said. "I'm taking this seriously. I have a long list of opponents I want to fight, he shared.
He also expressed interest in fighting Mcgregor's teammate Dillon Danis. "I will knock both of them out," Paul confidently said.

McGregor has fought in a boxing mach before. He faced the undefeated former five-weight world champion Floyd Mayweather in 2017.
Though McGregor lost via a 10th-round stoppage, it was a high-profile fight worth hundreds of millions of dollars. Paul's challenge will depend on how much money it will bring.
To be fair, the brothers have been bringing in better numbers than the real boxers. They have maximized clout to hack their boxing paycheck. It's also money that will only grow bigger with someone like McGregor.
McGregor is obviously on an elite level compared to Jake Paul but money wise, there's no reason to turn it down.
Right now though, the Irishman has to focus on his January fight against Dustin Poirier at UFC 257.
For more SportNuz, click here for the latest updates.