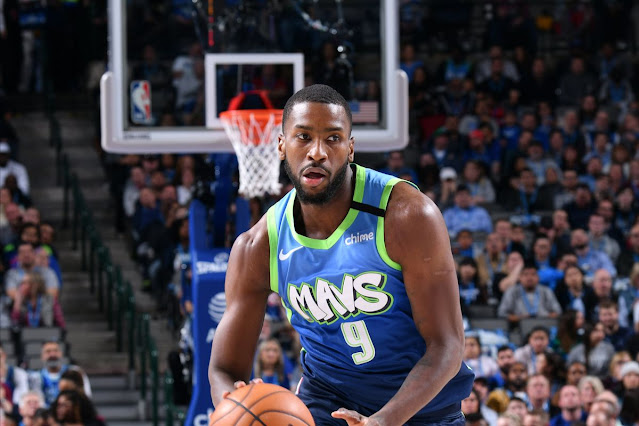 The New York Knicks announced on Saturday that the team had waived former No.2 overall pick Michael Kidd-Gilchrist and undrafted rookie Myles Powell.

The Knicks signed  Kidd-Gilchrist last month after spending the 2019-20 season with both the Charlotte Hornets and Dallas Mavericks.
The 2012 second overall pick's career didn't go as projected as he only had career averages of 8.4 points and 5.4 rebounds per game. He even missed most of last season due to a groin injury.
New York is looking good with a 3-1 record in the preseason. They will see if they could use the momentum as they take on the Indiana Pacers on Wednesday.

Kidd-Gilchrist was put in a difficult position since the team already had 15 other players with guaranteed contracts before he was signed. An illness during training camp didn't help his chances.
Drafted at the age of 18 in 2012, Kidd-Gilchrist is now 27 and is now the aged veteran had he made the team. It would have been ironic to see the significantly younger ones push him down the roster.
He was definitely on Tyrus Thomas territory as far as his career is concerned.

The Knicks also had to let go of Myles Powell, an undrafted rookie out of Seton Hall. Having an unguaranteed contract was also supposed to be the reason for this.
We still have to wait and see who else is leaving as New York still has to cut two more players before Monday’s deadline.
For more SportNuz, click here for the latest updates.
Michael Kidd-Gilchrist NBA New York Knicks