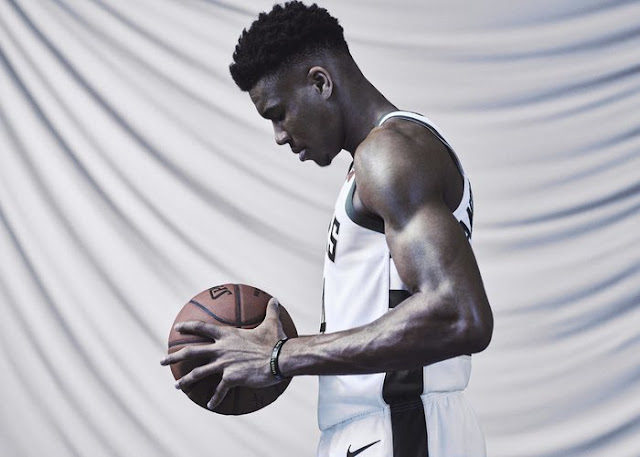 It turns out that sentimentality and culture won in the end as two-time reigning MVP Giannis Antetokounmpo will sign his supermax extension with the Milwaukee Bucks.
The team is just getting better following a couple of offseason moves that gave them upgraded versions of the players they gave away.

“This is my home, this is my city,” Antetokounmpo said. “I’m blessed to be able to be a part of the Milwaukee Bucks for the next five years. Let’s make these years count. The show goes on, let’s get it,” he excitingly said.

The Bucks will have Antetokounmpo contractually locked in through the 2025-26 season.
The deal will guarantee the two-time MVP and four-time All-Star a record $228.2 million on top of the $27.5 million left in his previous contract. Antetokounmpo has will have an early termination option valid in the summer of 2025.
It has become a recurring storyline this offseason how Antetokounmpo’s impending 2021 free agency will be. There were rumors that he was going to the Miami Heat. These rumors were even strengthened after he unfollowed all his teammates except his brother Thanasis on social media.
Antetokounmpo is just the third player in NBA history to win MVP and Defensive Player of the Year honors in the same year. The other two were Michael Jordan and Hakeem Olajuwon.

So far, Antetokounmpo is one of few players who remain loyal to the small-market franchise that drafted them. He remains to be one of the few balancing pieces to make sure that the Eastern Conference isn't the significantly weaker side.
Teams have noticed this which is why they would want to build around their drafted star in the hopes of contending for a championship. Team cultures are making sure that losing records in the east no longer make the playoffs.
The Bucks made its fair share of offseason moves. They traded away Eric Bledsoe and George Hill for Jrue Holiday. They even almost acquired Bogdan Bogdanovic from the Sacramento Kings if not for a technicality issue..
Though the team failed to add the key piece, they still have a number of current and former All Stars in Khris Middleton, Brook Lopez, and Holiday.
With the current lineup right now, the Bucks are still strong contenders for the title in 2021 despite two years of deep playoff exits.

Family and fans win too

Antetokounmpo's rise to superstardom was only expected by the true fans that believed in him the day he was drafted 15th overall in 2013. While most people asked among each other who the then lanky 6'8 18-year old is, the real believers Googled how to spell his name already.
If there was a group who knew him best, it was his family. He was the second son of Nigerian immigrants in Greece. He and older brother Thanasis sold watches and sunglasses in Athens on the side to supplement the little money they made playing pro in Greece.
Giannis famously told the story of how he ran out of money for transportation in the day of his first NBA game because he sent his entire first paycheck to his family back in Greece. He said he had to run from a Western Union store to the arena just to make it in time for the game. Now, he has a total estimated career earnings of $400 million in NBA salaries alone.
Now, the 2017 Most Improved Player, 2019 Defensive Player of the Year and reigning back-to-back MVP has five more years to add to those impressive accolades under a Bucks jersey.
For more SportNuz, click here for the latest updates.
Giannis Antetokounmpo Milwaukee Bucks NBA