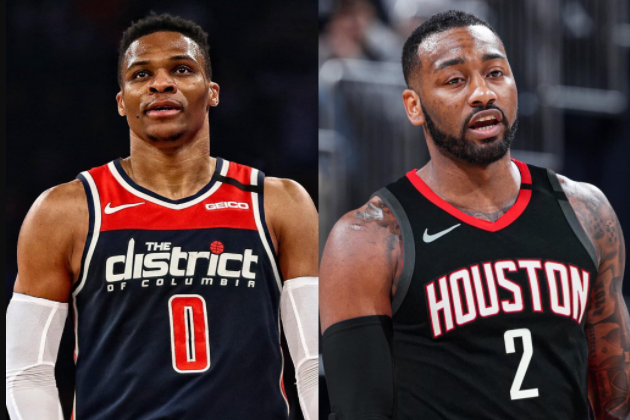 Hope Russell Westbrook is happy now that he has gotten his wish.

Sources reported that the Houston Rockets and Washington Wizards agreed a deal that will send Russell Westbrook to the Washington for John Wall and a 2023 protected first-round pick.

It will be remembered that Westbrook and teammate James Harden both had requested separate trades three weeks ago.

The Rockets struggled to find a team that will take Westbrook and his large contract. Fortunately, the Wizards were in the same scenario with Wall.
Westbrook indeed got his wish as he will now be playing in a Wizards uniform. Wall, on the other hand will return with a new team after missing the entire last season as he recovered from an Achilles injury.

What's next for the two point guards?

It will be very intriguing for the Wizards as Westbrook will play alongside volume scorer Bradley Beal. The odd pairing will be interesting to watch especially with Beal having to adjust to a more ball-dominant guard.
Wall might be able to work well with the Rockets though. Aside from a ton of pressure being taken off him shall Harden stay in Houston, Wall will also be reunited with his college teammate DeMarcus Cousins.
Both Kentucky standouts missed the entire 2019-2020 NBA season as they recovered from their respective injuries.
Now, it's time to see if a swap in hyper-athletic star point guards will do both teams well.
For more SportNuz, click here for the latest updates.
Houston Rockets John Wall Russel Westbrook Washington Wizards