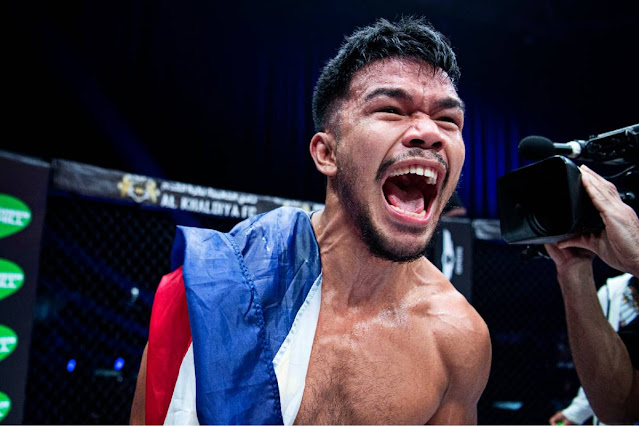 Another late notice fight? No problem for Rolando Dy.
The Filipino MMA fighter isn't one to turn down opportunity especially when fighting has been his bread and butter.
His recent outing will once again help him recover from what has been a challenging 2020.

Dy has not only found new purpose with a gym and family to fight for. He wants to be champion again and his path just got quicker.
His latest quest was a lightweight title eliminator on the undercard of Brave 44 in Bahrain. He faced New Zealand’s John "Trouble" Brewin in the co-main event.
Brewin had the size advantage and tried his best to utilize it the entire fight. He also tried mixing it up with grappling. But Dy came in prepared for wherever the Kiwi wants the fight to take place.
“Dy Incredible” showed good technique as he picked his Kiwi opponent apart. He utilized crisp counterpunching to make Brewin hesitate on engaging.
Dy also stuffed several of Brewin's takedown attempts. He knew that a high-level striker will always be taken down. Good thing he came in looking to fight smart.
In the end, Dy's smart game paid off as he won a 29-28 unanimous decision victory.

“I took the fight on two weeks’ notice. I didn’t have quality sparring for this fight nor trained with high-profile training partners. I only trained with my students for this one," Dy said.
"I beat a guy whose teammates are Israel Adesanya and Alex Volkanovski. This is a miracle win,” he proudly adds.
BraveCF's 2019 Breakout Fighter of the Year is now in line for a title fight after this marquee win.
“If God will allow you to win, even against the best team on the planet, you will win,” Dy said.

What else is in store?

Dy is now due for a title fight. Now that he has completely recovered from struggles earlier this year, his current two-fight winning streak is his key to things bigger than his current breaks.
We're probably looking at a future date with current  Brave World Lightweight Champion Amin Ayoub. It's probably something to look forward to in 2021
This one is a title fight so let's hope it's not another late notice thing again.
For more SportNuz, click here for the latest updates.
Brave CF MMA Rolando Dy