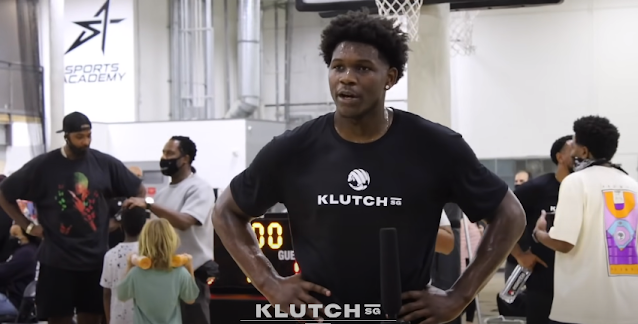 The Golden State Warriors are still unsure of what to do with their No. 2 pick in this year's NBA draft.
Until now, it's still a toss up between the consensus top 3 picks Anthony Edwards, James Wiseman, LaMelo Ball, and a potential lottery gem in Deni Avdija.
All will depend on who the Minnesota Timberwolves picks at No. 1.

Wiseman fills in a sure need for the Warriors but many believe the warriors might go with Edwards if he's still available at No. 2. Unfortunately, he didn't do well during the recent pro day event.
Rumors are surrounding that multiple front offices were somewhat discouraged with the poor showing of the Georgia standout. Edwards was said to be sluggish and inconsistent with his jump shot.

Edwards is a physical specimen at his position. The 6-foot-5, 225-pound guard looks bulky for a basketball player but managed to use it to his advantage back in college. It's what impressed scouts the most about his game.

Edwards was a freshman standout but on a bad Georgia team.
He shot just 29.4 percent from deep. Such shooting won't impress NBA teams, especially the Golden State Warriors who intentionally dropped all facets of their players' games to favor purely three-point shooting.
The bright side though Edwards has shown potential of developing a consistent three-pointer eventually. It's something to look forward to since history indicates that good shooting in college doesn't mean good shooter in the NBA.

The Timberwolves are unlikely to draft Wiseman unless they pull off an Orlando Magic move and draft a player they do not have future plans for. The question mark is still who the Warriors are picking.
Though the Warriors will only rely on who's available. They can either go with Wiseman (if available) or someone else. It doesn't mean they won't pick Edwards though.
The 19-year old Avdija is an intriguing prospect. His game is what suits the Warriors' play style the most. He can take the wing position if Andrew Wiggins will be willing to play the role of stretch four.
Edwards still has a good case to be the best prospect despite the poor showing at pro day. He's still an elite athlete who can take the ball off Steph Curry and Klay Thompson a little more.
He's still a top prospect on paper but we'll see where he lands on the draft board.
For more SportNuz, click here for the latest updates.
Anthony Edwards Draft Combine NBA Draft