Will Gordon Hayward's Exit Strategy be like Al Horford's? 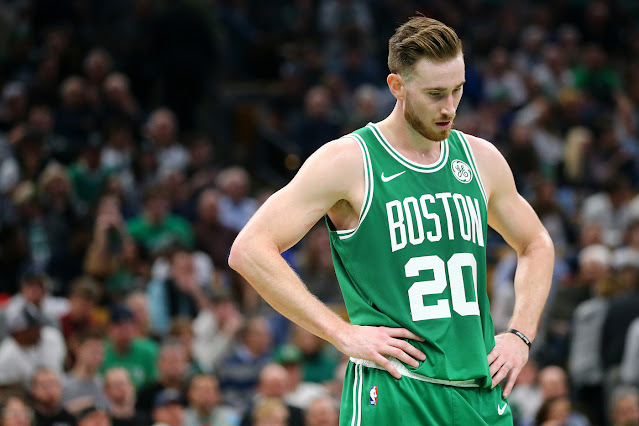 The Boston Celtics have to move on. They just decided to make do with a good decision that turned into a bad prediction. It might be time for them to see other options.
We're talking about Gordon Hayward here who may or may not opt into his his $34.2 million contract. Boston's offseason will definitely have to adjust to what their veteran swingman decides to do.
Hayward might be going the Al Horford route here depending on his takers.

Will Hayward stay or go?

The 30-year old swingman was back to his old self during the 2019-2020 season. He averaged 17.5 points and 6.7 rebounds while shooting 50 percent from the field. It's the best he's been since donning the Celtics uniform.
Reports have emerged that Hayward's hometown team, the Indiana Pacers are interested in trading for him. It's a telling sign that the Celtics organization are ready to move on from him moving into 2021.
All rumors are plain buzz for the meantime. Such situation normally elicits discussions about what the next move will be.

There is a possibility that Hayward is trying to squeeze one more huge contract out of any team willing to take him. It's a move similar to what a former Celtic did.
Former Celtics big man Al Horford  was able to squeeze one out after signing a four-year, $109 million deal with the Philadelphia 76ers last year. Hayward has the chance to land something similar if he opts out.
Now, with the league starting its 2020-2021 season later than ever, there's still a lot of time for Hayward to see his options. Good thing he was able to put up good numbers as leverage for demands.
For more SportNuz, click here for the latest updates.
Boston Celtics Gordon Hayward NBA