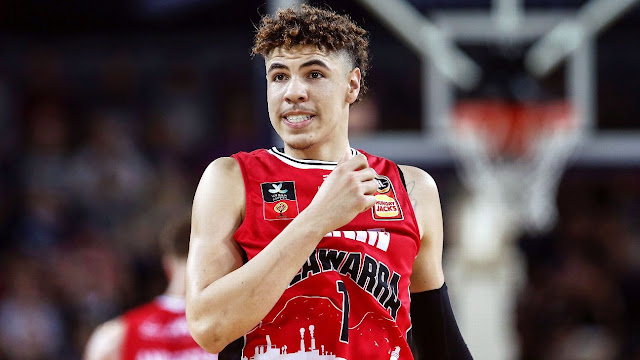 Another Ball brother is being chased by a Californian NBA team as the Golden State Warriors' front office is reportedly high on LaMelo Ball.
The Warriors hold a plethora of options with the No. 2 overall pick. They can either use it in a trade package for a borderline superstar or draft a top prospect.
The 2020 NBA Draft is next month and the team is still undecided what to do with their pick come Nov. 18.

Reports stated that "a couple of people in the Warriors' front office" consider LaMelo Ball. They were quoted saying that the youngest Ball brother is "super talented."
Ball, 19, spent last season in an Australian league. He played in 12 games for the NBL's Illawarra Hawks.
The 6-foot-7 guard averaged 17 points, 7.6 rebounds and 6.8 assists. He shot 37.5 percent shooting in the field and showed flashes of potential as a great ball-handler and passer.
Ball's long frame also opens up the potential to be a versatile defender. A two-way player that can shoot the ball and guard both perimeter and high post.
The Warriors can make use of a player like Ball which will allow 3-point snipers Steph Curry and Klay Thompson play off the ball more. The two superstars each came from serious injuries which is why Ball doing point guard duties will give them more room to limit too much movement.
As promising as drafting Ball could be, there are still reasonable choices at their draft position.

Who else are their other options?

Regardless of who the Warriors plan to pick, quick decision-making is necessary as they will have to decide if Georgia guard Anthony Edwards and Memphis big man James Wiseman are other options in the case that Ball goes No. 1.
The Warriors' biggest weakness is the middle in the post, which Wiseman can grow into shall he be selected. If they want to prolong Curry and Thompson's usability though, Edwards is a better choice if Ball isn't available.
The Minnesota Timberwolves select hold the No. 1 overall pick and they can possibly throw a curve ball since they both have a point guard and a center already. Still, they can mess it up for other teams by drafting a top pick they do not have future plans for like the Orlando Magic allegedly does.
Hot take, the Warriors will only select between Ball, Edwards, or Wiseman. It will all depend on who goes No. 1.
For more SportNuz, click here for the latest updates.
Draft Golden State Warriors LaMelo Ball NBA Draft