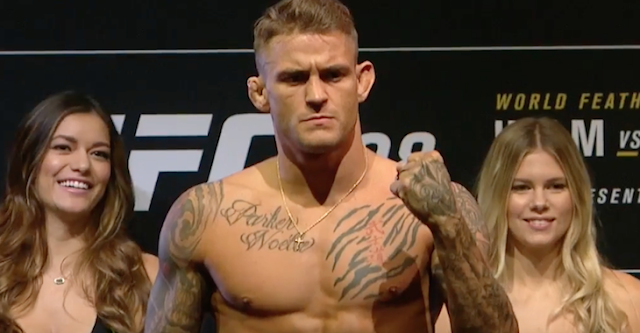 The whole Mixed Martial Arts world wants to see the two face each other in the octagon, I mean who does not right?
However, it seems Dana White is not interested in the fight or at least not on the terms of the fight.

White stated in an interview that Poirier does not want the fight.

"Listen, there's a lot of different ways to turn down a fight. Negotiating yourself out of one is one of the ways you can do it. So for whatever reason, he didn't want to take" added by Dana White.

However, Poirier Responded in by Tweeting: "I WANT THE FIGHT". He was also supported by MMA fans and even Ferguson himself by responding: "Pay the man". said Ferguson.

Poirier just wants to be paid

Poirier has been awarded five Fight of the Night out of his last eight fights. If a fighter at his caliber demands more money, he should get paid what he deserves.

This is not the first time Dana employs such maneuvering every time a fighter wants to get paid more. Such was made during the time of Georges St. Pierre, one of the best UFC fighters to ever step in the octagon.

GSP is an icon of the sport and has generated great wealth for the company. It is only reasonable that fighters like them get paid with an amount they truly deserve.
Besides, Poirier has always come prepared when called to fight and always gives entertainment to the fans. Hence, UFC should just give him what he wants and want the fans to want.