Is Mike D’Antoni A Good Fit as Head Coach for the Pelicans? 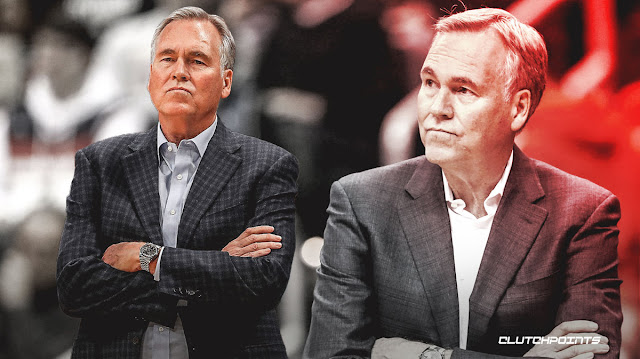 The New Orleans Pelicans has a dark horse candidate for head coach. His name is Mike D'Antoni.
The team parted ways with former head coach Alvin Gentry on Saturday after being eliminated from playoff contention in the NBA’s Orlando bubble.

Reports suggested that the Pelicans have been courting the services of D'Antoni. They came as far as defining it as “something to watch” between the two parties.
Strengthening the reports are initial rumors about the two-time Coach of the Year winner and the Rockets on a falling out stage.
D’Antoni has been the head coach of the Rockets since 2016. He and James Harden, together with superstars such as Chris Paul, and Russel Westbrook in succession was a powerhouse in the western conference for three consecutive seasons.
The two-time coach of the year winner's contract is set to expire by the end of the season. Both D'Antoni and management mutually agreed that no extension will happen.

Is D'Antoni the answer for the Pelicans?

The Pelicans have become the biggest winners of the decade after acquiring imminent superstar Zion Williamson in the draft. The team could possibly have won more had Williamson played a full season with them.
Former coach Gentry only had one winning season in five seasons with the team. He was fired after the Pelicans dismal 2-6 showing in the bubble. Now, the Pelicans need someone to call the shots for a developing core of Williamson, Brandon Ingram, Jaxson Hayes, Jrue Holiday, and Derrick Favors.
D'Antoni has been known for his fast-paced "seven seconds or less" offense. This formula worked when he was coaching Phoenix from 2004-08 but didn't pan out with the New York Knicks. It only worked again when he took over as the Rockets head coach.
It's tough to say if it will work in New Orleans given how the team is a mix if run-and-gun players and half court setters.
We could have enjoyed D'Antoni's style in New Orleans more if it were the 2018-2019 Duke Men's basketball stars all together. But it's unlikely RJ Barrett and Cam Reddish will be let go by their respective teams.
The bottom line is the Pelicans need a new head coach regardless if it's D'Antoni or someone else.
For more SportNuz, click here for the latest updates.
Basketball NBA New Orleans Pelicans