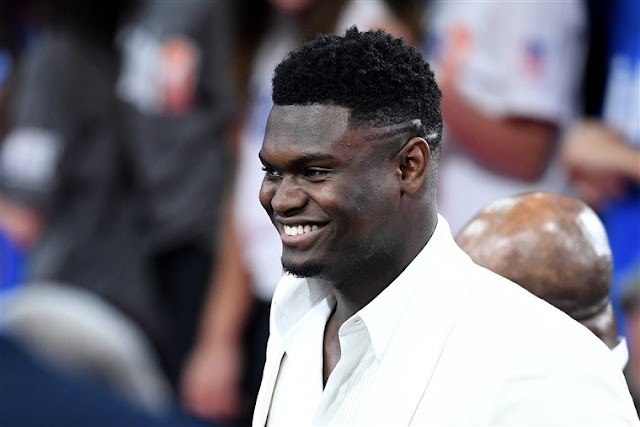 Zion Williamson had battles in two courts: the basketball court and a Florida court.


Williamson enters NBA’s Disney World bubble as the only court where he still awaits trial. As for the Florida court, the judge iced the lawsuit against the  New Orleans Pelicans rookie

It will be remembered that Williamson's former marketing agent filed a lawsuit against him for alleged receiving illegal benefits during his career at Duke.

Reports stated that the Florida Third District Court of Appeal granted Williamson a full stay against Prime Sports Marketing’s $100 million lawsuit. It means the rookie will not have to testify about the accusations against him

Legal proceedings will now reportedly shift to federal court in North Carolina, where Williamson originally sued to void his contract with the company.

Per Wallach, Williamson was granted the stay because of his lawsuit in North Carolina, as it is a rule in Florida court to stay proceedings when there is a pending matter involving the same parties and issues.


Zion Williamson’s legal battle is not over

The decision is likely a relief for Williamson, Duke basketball and Nike, who all faced damage to their reputations once Gina Ford, president of Prime Sports Marketing, demanded Williamson testify under oath about possibly receiving illegal benefits with Mike Krzyzewski’s program.

The demand quickly drew a number of college basketball eyeballs to the case, and led to a contentious legal back-and-forth.

The actual lawsuit that will now be dealt with is Williamson’s claim that Ford violated North Carolina laws, including the North Carolina’s Uniform Athlete Agent Act, with the contract she had him sign while at Duke.

Williamson’s attorneys contend that the contract should be voided because Ford failed to include a notice that he would lose his NCAA eligibility in bold, capital letters if he signed with her company, as required by North Carolina law. They have also claimed Ford is not certified by the NBA Players Association or considered a registered agent in either North Carolina or Florida, and that she fraudulently exaggerated her past experience while pursuing Williamson as a client when he was still at Duke.

Williamson originally signed with Ford and Prime Sports Marketing days after declaring for the NBA draft, but before the deadline to return to school. 41 days after signing the contract, Williamson reportedly emailed Ford that their contract was being canceled and he would sign with mega-agency CAA Sports.

Ford clearly did not want to lose out on Williamson’s obvious marketing value — he seems set to be the “NBA 2K21” cover athlete — without a fight. Now, that fight will be narrowed to North Carolina for now.
Duke NBA NCAA Zion Williamson