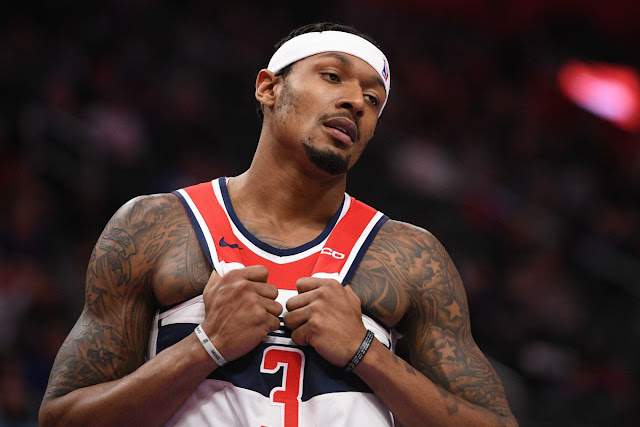 Is Bradley Beal in or out?

Beal has managed to trade rumors about him for years now that he's no longer bothered.

The Brooklyn Nets are likely candidates after rumored “internal discussions” with the Washington Wizards were made last week.

If plans push through, Beal will be joining a returning Kevin Durant and Kyrie Irving next season.

It's surprising how Beal is taking this positively considering the "franchise player" tag is shiting to his favor in DC.

"I look at it as a sign of respect, that I've been doing good things and guys want to play with me," Beal said.

"That's an unbelievable feeling. When you hear that Kyrie [Irving] and [Kevin Durant] want you, s--t, that's amazing," he added.

Beal still has love for the team that drafted him.

"I've put down roots in D.C. I've dedicated myself to this town, this community. I love it here, and it would feel great to know I could grind out winning here instead of jumping to another team," Beal shares

The prospect of Bradley Beal

Beal is having a career year averaging 30.5 points and 6.1 assists for the Wizards this season.

The 26-year-old has spent all of his eight-years of his career with the Wizards. He even signed a two-year, $72 million extension which will make him a decade-long Wizard assuming he does not get traded.

Though he’s having the best season of the year, the Wizards' 24-40 record is probably what cost him an All-Star appearance.

Washington still awaits the return of John Wall, who Beal looks forward to playing with again.

Which team is better for Beal's future?

Beal may want to team up with Wall again but the prospect of teaming with Durant and Irving is highly appealing.

He himself isn’t quite ready to leave Washington but this one is maybe in the hands of the the higher ups.

“My biggest thing right now is that I want to play with John [Wall] again,” Beal said.

“I want to see him get back to that level where I know he can be, especially since my game has grown so much [while he's been out]. What can we accomplish together? I'm so happy he's healthy, working his tail off,” he explained further

Bottom line here is Bradley Beal is a hot prospect right now. The decisions surrounding his future may be an either/or.

Will Bradley Beal be a better fit for the Nets or Wizards? Comment down below which team you want to see him play for.