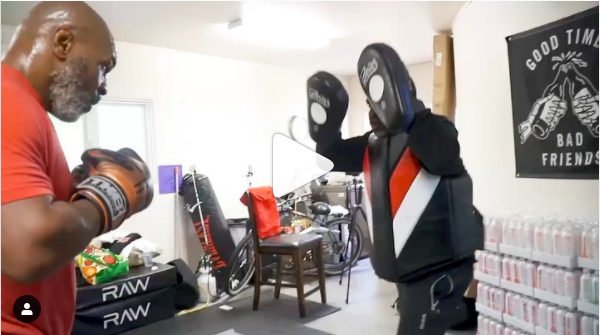 Mike Tyson still has it at the age of 53. "Iron" Mike posted a video on Instagram where he was seen working out in an open space in his home.

The one-time ‘Baddest Man on the Planet’ is training to stage a couple of four-round bouts for charity. Tyson made this announcement in a recent episode on his podcast.

Tyson showed the combination of technique, speed, and power that made him the youngest heavyweight champion during his heyday.

The viral clip was posted in his Instagram account where he did a six-punch combination which solidly landed on the mitts.

His intentions to actually fight again was inevitably met with skepticism but the video showed that Tyson is in shape.

The next part to silence doubters completely will be the actual fight.


Can Tyson still pull it off at 53? Let's talk about it in the comments section.