Is it safe to bring back Boxing in June? 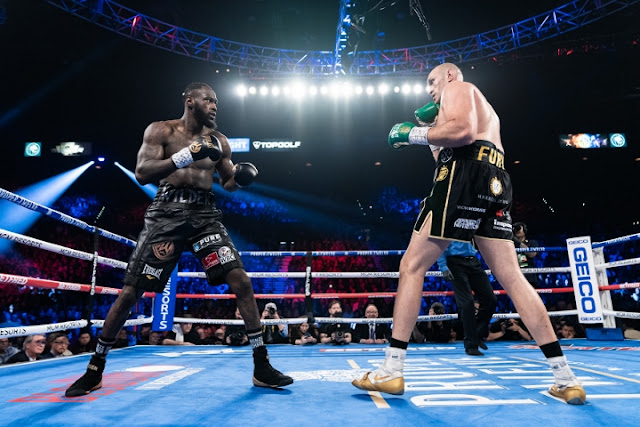 The UFC pulled it off. So should Boxing, right? Not so fast.

Sports are starting to make some precautions in order to resume competitions amid the COVID-19 pandemic. One of those sports is Boxing.

Top Rank rounder promoter Bob Arum is the first to make high-profile moves for the sport. He announced a five-fight card to be held in Las Vegas on June 9.

There's even going to be a second fight card two nights later.


Boxing to resume in June?

Just like the UFC showed with the sport of MMA, combat events are possible to safely and successfully suffice.

There won't be any fans or media around. It will all be the fighters, fight team, medical staff, officials, announcers and promoters.

These proposals are still pending approval by the Nevada Athletic Commission. Florida already showed the possibility with the previous UFC events that happened there.

The problem isn't just the commission. It's also the MGM Grand and other hotels in Las Vegas that need to be reopen too


Is it safe to resume boxing in June?

Arum's plans aren't final yet. He has yet to make an announcement on who will fight on the plannedJune 9 card.

COVID-19 is still a problem in the United States with 1.5 million confirmed cases. The state of Nevada alone has 7,300.

We're not really sure if stricter safety protocols will work in other states as it did in Florida with the UFC but these are the calculated steps to be made to break into opening up the economy again.

Arum even said that his event will be safer than what the UFC had in Florida. We can't tell unless it happens though.


Is it safe to resume Boxing in June? Leave your thoughts in the comments below.