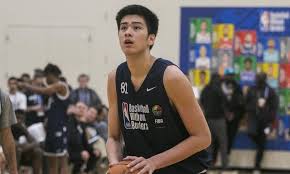 Another top NBA prospect is taking his talents to the NBA G League.

7-foot-2 Filipino center Kai Sotto decided to join the G League's pro program. The 18-year old is the first international prospect to sign up for the program.

Sotto headed to the G League

Sotto, together with Green, Todd, and Nix will play for a southern California-based team instead of an NBA affiliate G League franchise.

The G League development program will be held outside the minor league's traditional team structure.

Sotto played at Ateneo de Manila High School in the Philippines where he won the UAAP Junior's Basketball Championship. He was also named MVP in the 2018 finals of the said league.

He then traveled to the United States to train at The Skill Factory in Atlanta. There were rumors that Sotto has been heavily scouted by a couple of Euroleague teams and NCAA Division 1 schools.

Sotto also represents the Philippines as a member of its U-19 team. He represented the country in the FIBA U-19 World Cup last year, where he averaged 11.7 points and 7.9 rebounds in 7 games played.

The upside is high and obvious for the 18-year old. He just needs the right people to lead him to his strengths.

Will Kai Sotto be a top pick once he is eligible? Which NBA team can make use of the young 7'2" center? Leave a comment and tell us your thoughts.