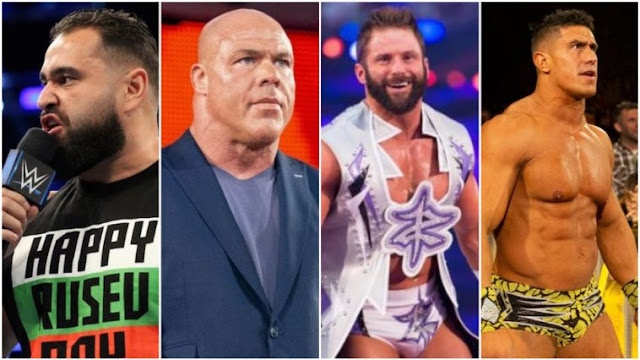 Statistics have showed that the WWE made mass firings to prioritize part timers. An astounding number of WWE employees were released in the midst of the coronavirus pandemic.

Superstars and backstage personnel on the main roster and developmental brand NXT were cut in what the company said are cost-cutting measures.

Known names and tenured employees didn't matter as these names are no longer associated with the company:

The question is why?

The WWE reportedly were said to save $4 million dollars with the roster and personnel cuts they did.

It's sad considering the company reportedly paid part timer Bill Goldberg the same amount just to appear at WWE Super Showdown in Saudi Arabia and WrestleMania which didn't have any gate revenue due to the coronavirus pandemic.

There's also Brock Lesnar who got paid $10 million in the last 12 months without working as much. The fans might be the ones who deserve to be blamed for this one considering it's them that pays the WWE to have the budget for Lesnar.

There are also circulating reports Boxing heavyweight champion Tyson Fury was paid around $12-15 million for his match with Braun Strowman at Super Showdown.

How will the wrestlers make money now?

It's also unfair thinking that the WWE is depriving the wrestlers of a livelihood as they cannot work elsewhere even after the COVID-19 pandemic cases ease down.

Each wrestler has a 90 day non-compete clause upon release meaning they cannot work for any rival promotion or independent booking even as some wrestling promotions still operating.

Lucky for some, they were able to use their association with WWE to boost their social media status, creating passive income streams through instant traffic. Not all can enjoy the same though.

There's also the case where the foreign talent released will have problems renewing their work and residence visas now due to the current situation.

All wrestling fans can do right now for their idols right now is to support by buying their products online and support their social media engagements until this global pandemic eases.

Please support your favorite independent and unemployed wrestlers. Buy their merchandise, watch their podcasts, or even purchase from their business ventures online.