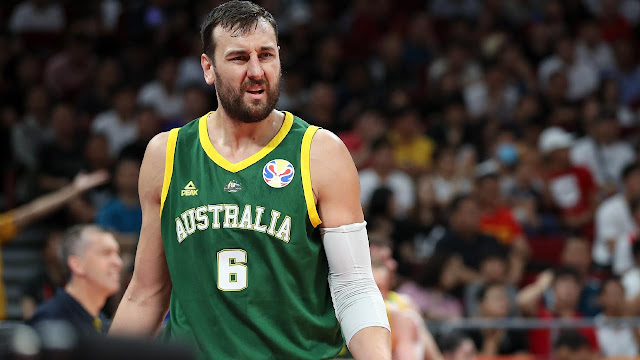 Andrew Bogut seemed like he was preparing for a last hoorah in the NBA after deciding to go home for a bit. Now, he considers otherwise

The 15-year pro is now considering calling it a career with the current coronavirus pandemic playing a role in it.

“I'm not doing much, I can tell you that,” Bogut said in an interview. “To be able to kiss your kids goodnight and put them down every night ... I've appreciated doing that,” he added.

The 35-year-old Bogut decided to go back home to Australia in 2018 and play for the Sydney Kings in the Australia’s National Basketball League.

Bogut was planning to play for the Australian men’s national basketball team in the 2020 Tokyo Olympics which unfortunately got postponed until 2021 due to COVID-19 threats.

It's not only Bogut's participation that's going to be uncertain but also his professional basketball career.

“I haven't done any basketball since the season ended, and it feels good waking up, getting out of bed and not feeling like I'm walking on glass,” Bogut said.

“It's [my career] all been thrown into a washing machine, essentially ... but there's a decision to be made probably by mid-May,” he stated.

People his age are at the stage of contemplating retirement as the body’s ability to play at an elite level diminishes.

Bogut will need to push himself to get back into shape if he wants to represent his country in the rescheduled Olympic Games. He's looking forward to being part of the best Australian squad to date but it's the work he needs to get there.

“I can get up for a basketball game any day of the week, but it's hard to get up for five, six days of training a week and lifting weights,” Bogut shares.

Bogut was selected by the Milwaukee Bucks as the first overall pick in the 2005 NBA draft. He spent seven seasons with he team before being traded to the Warriors for Monta Ellis in 2012.

As part of the Warriors, Bogut won an NBA championship with them in 2015. He spent another full season at the Bay Area before bouncing around teams before going back home to Australia in 2018.

In Australia, Bogut played for the Sydney Kings where he was named NBL’s most valuable player for the 2018-2019 season.

He was hoping to finish his decent basketball career with a stint in the Tokyo Olympics but clearly, even that is a question mark right now.

Will Andrew Bogut retire before the Olympics? Will he hold on retirement plans until 2021? Let's talk about the Aussie big man in the comments section.