Rob Gronkowski to WWE: Is it a done deal? 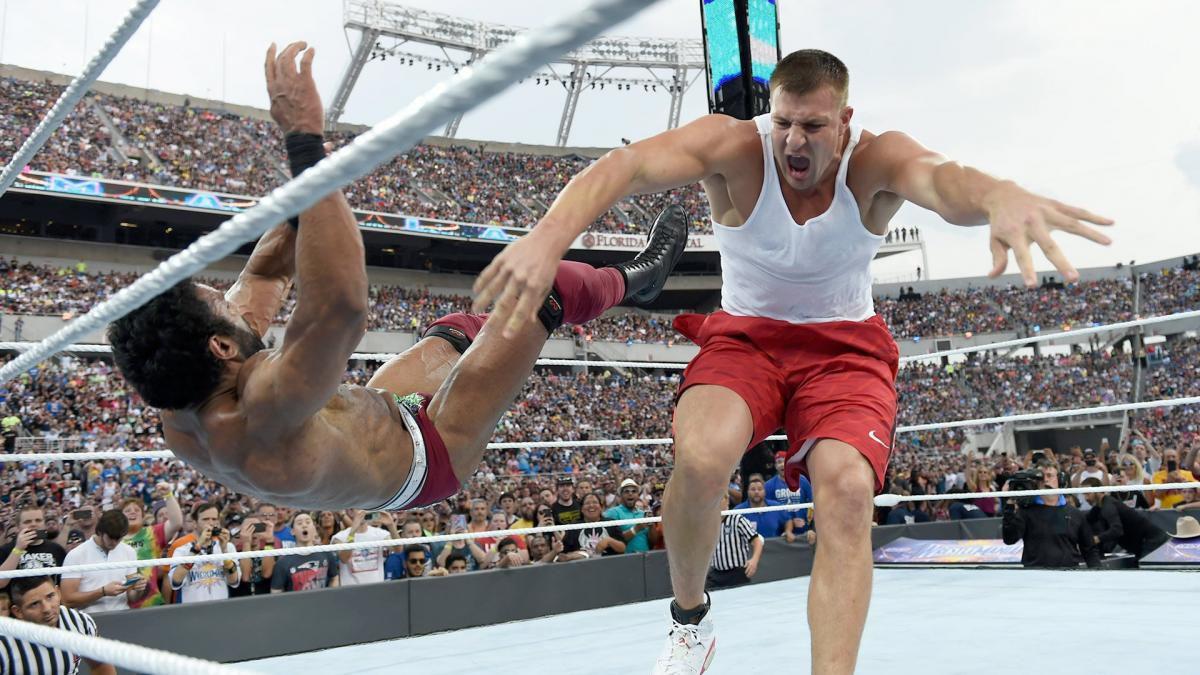 If there's a high profile star built to immediately be shot to the top of the WWE cards, it's Rob Gronkowski.

Speculations have been running since the former New England Patriot and three-time Super Bowl champion appeared at the Andre the Giant Memorial Battle Royal at WrestleMania 33.

Three years after his first taste of WWE action, "The Gronk" can possibly appear in any upcoming edition of SmackDown in the future.


Gronk to WWE: A done deal?

Gronkowski has dropped hints every now and then about possibly returning to football.

He currently serves as an NFL on FOX analyst, which happens to be where WWE SmackDown airs. Gronkowski spent this year's Super Bowl in Miami with gridiron buddy Mojo Rawley, as well as WWE's power couple executives Triple H and Stephanie McMahon.

The unofficial meeting may just point to Gronkowski possibly being part of the blue brand.

Will Gronkowski make the move?

Gronk’s larger than life persona could definitely energize the WWE crowd. His natural charisma is one that can easily transition into the world of sports entertainment.

At 6-foot-6 and approximately 245 pounds, Gronkowski is tailor-made for the WWE. The main roster is filled with former football standouts such as Titus O'Neil, Baron Corbin, Roman Reigns, Mojo Rawley, and Riddick Moss,
Developmental talents such as Tiny Sabbatelli, Brennan Williams, Dan Matha, Babatunde, and Demetrius Bronson are still working to climb the NXT ladder.

With Gronkowski's star power and high profile status during his NFL days, a little basic wrestling is enough to place him immediately on the main roster.

The stars might be aligning for "The Gronk" post-NFL. Can he tackle the challenge of being a WWE superstar? We might find out soon.


Is it a done deal between WWE and Rob Gronkowski? When will we see "The Gronk" make an appearance again in the squared circle? Let us know your thoughts.