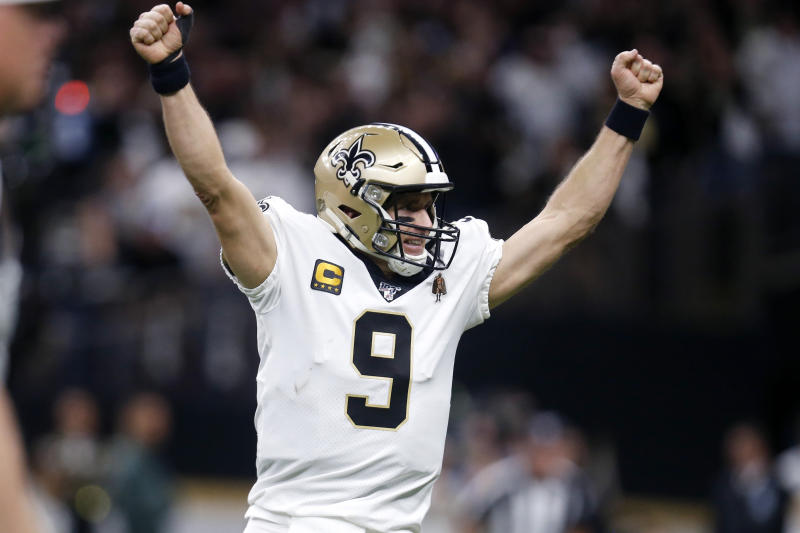 A Hall of Fame quarterback had just announced on social media that he is leaving the only franchise he played for his entire legendary career.

While one left, another decided it was right to stay as Drew Brees is staying with the New Orleans Saints, a team he has played for since 2006.

Brees reportedly signed a two-year, $50 million with the Saints, which will likely be his last NFL contract if he decides it to be.

The 41-year-old quarterback was sidelined most of last season due to a thumb injury. Brees only played 11 games but still managed to throw2,979 yards and 27 touchdowns.

The new deal will pay Brees a generous $25 million for the 2020 and 2021 seasons. Having Brees back to New Orleans will make them strong contenders again in the NFC for at least the two seasons he will spend there.

Brees is one of the oldest quarterbacks in the NFL but his impact is still very efficient. He and Teddy Bridgewater led Saints to a 13-3 record last season.

He be 43 when his contract expires which leads many to think that this might be the last NFL contract he will ever sign.

If Brees continues to play at a level he has done in his next two seasons, he might just be able to sign another contract till he's 45.


Will this be the last NFL contract of Drew Brees? Will he be able to play at the same level once the contract expires? Let us know your thoughts.