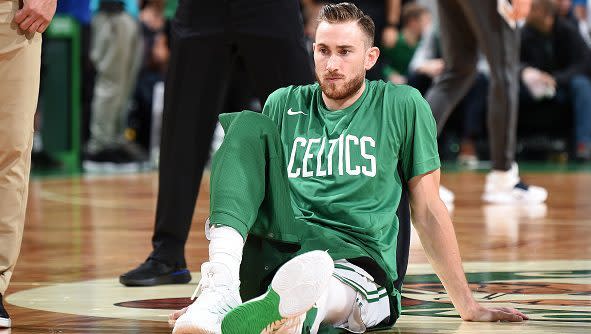 Gordon Hayward can state his case for big money with the Celtics.

The Boston Celtics forward was getting back to his old form before the NBA suspended games on March 11. Hayward is averaging a solid 17.3 points, 6.5 rebounds and 4.1 assists per game in while putting an impressive 59.3 true shooting percentage.

plus . He was playing the best ball he had since arriving in Boston, having bounced back from his horrific leg injury.


Hayward expected to opt in to $34 million player option

Hayward has a player option on his contract this summer, an option that will make him $34.2 million richer.

While players having breakout seasons strike while the iron is hot, the uncertainty in Hayward's situation as a player will most likely make him opt into his player option.

With guys like Jayson Tatum and Jaylen Brown likely to ask for more once their contracts are up, it won't be likely that the Celtics will offer Hayward with a longer contract due to his injury history.

It may sound thankless considering Hayward suffered that injury while playing his heart out for the team unlike other players who get injury prone out of negligence.

Will Hayward opt in?

Hayward's past injury may be serious but isn't as career-threatening as an ACL or Achilles injury.

If Paul George can be an MVP candidate after suffering the same injury, there isn't any reason Hayward can't maintain the same level of play he's been doing.

The sad part is that teams are stubborn enough to look at this and wouldn't offer Hayward a contract as good as the one he has with the Celtics.
$34 million is $34 million and it wouldn't make sense if Hayward opts out of it given circumstance.

Plus, there is also the chance of playing out that  $34 million with a more impressive season that will generate him the same offer per year in the summer of 2021.

The smartest thing to do for Hayward is take the money, run to the bank, play out next season impresively, and more money will come.


Should Gordon Hayward take his $34 million player option? Which team will be willing to offer him the same if he opts out? Tell us what you think.