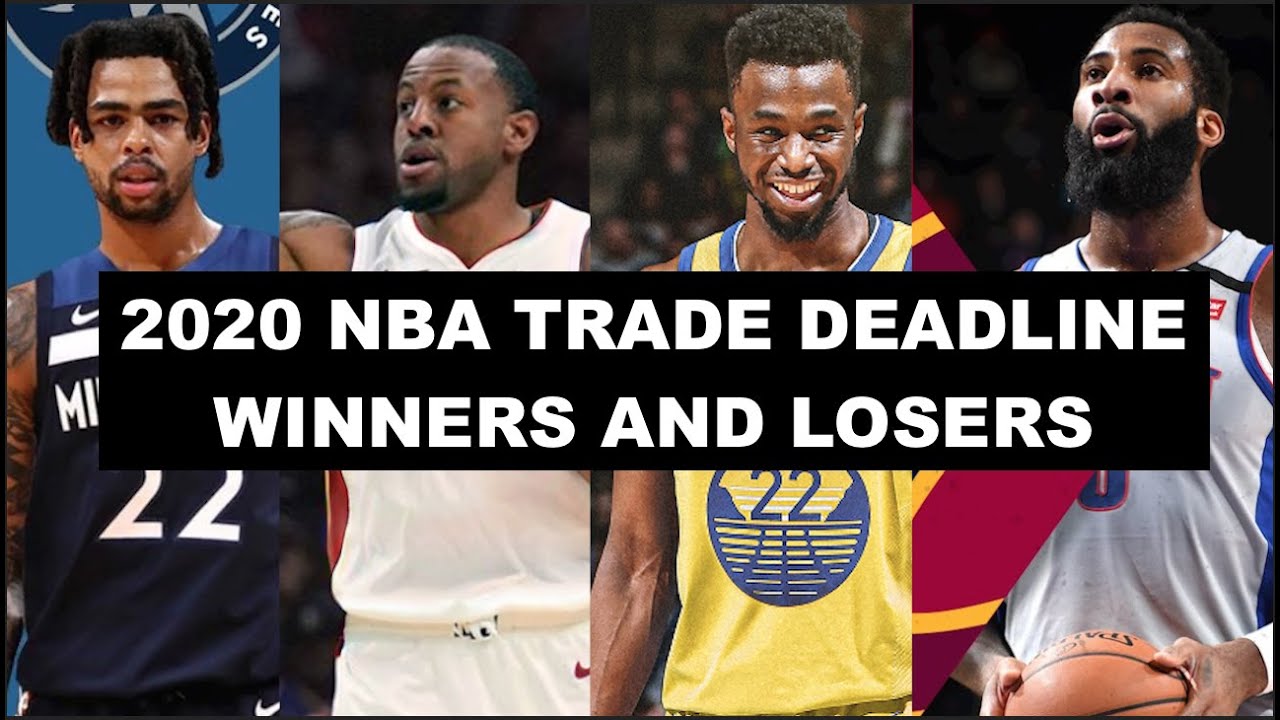 Major moves happened in the NBA at this year's trade deadline. A couple of max players were shipped either for someone along the same pay grade or simply got salary dumped.

The flurry of deals that happened Thursday had its winners and losers as usual. Let's take a look at some of them

Though its the Miami Heat that should actually be winners, it's more of Andre Iguodala because he finally gets his wish.

The 36-year-old, three-time champion played the power game in Memphis and just collected salary without being of any use to them. Iguodala finally got his wish to play for a contending team.

The Grizzlies knew Iguodala's worth which is why they would let the former All-Star and Finals MVP freeload rather than buy him out. A surprise team in the East jumped on the opportunity.

The Miami Heat were the willing takers as they parted with Justise Winslow, Dion Waiters and James Johnson in exchange for Iguodala, Jae Crowder, and Solomon Hill.

Let's just give an honorable mention to Miami's defense here rather than a full win.

The Minnesota Timberwolves have been eyeing D'Angelo Russell from the moment he became a free agent.

Timberwolves big man Karl-Anthony Towns wanted his friend to man the point for him for quite some time now. He has openly expressed frustrations wit the team's direction and wanted a little bit of reason to stay by asking for players he wants to play with.

Towns lost one of his close buddies on the team when the Timberwolves traded Robert Covington. If there's any consolation about this trade, it cleared up opportunity for him to grant his wish.

Te team unloaded the four-year, $122 million contract they still owe Andrew Wiggins to Golden State to acquire Russell. We're not going to put Russell as a winner here because he's most successful seasons at the moment are still the ones played in Brooklyn.

Andrew Wiggins has been putting up star player numbers since his sophomore season in the NBA. The problem is the combination of the team's culture and his lack of desire to win games were shadowing his contributions in Minnesota.

Now that Wiggins is part of the Golden State Warriors, he'll be surrounded by winners. The best part is that he'll get to be the lone star on that team for the meantime with Steph Curry and Klay Thompson still on the sidelines.

Expect Curry, Thompson, and Draymond Green to be constantly on Wiggins' ear until he gets his act straight and focus on winning. If the Warriors can trade away an Iguodala, who was important to them, the surely won't hesitate dumping Wiggins if he doesn't deliver.

The Los Angeles Clippers got Marcus Morris while only trading away Moe Harkless to New York.

Morris was the highlight of this three-team deal with Washington where the Clippers also got Isaiah Thomas. Unfortunately for Thomas, the Clippers will reportedly waive him as they set their eyes on Darren Collison.

The late bloomer of the Morris Twins, Marcus has been carrying New York this season as he tries to make the team look a little more decent than they are. He's now going to a legitimately decent team where he gets a bit of favor in an already deep rotation.

The Clippers are getting another bruiser which is an extra body to throw at LeBron James in a potential playoff showdown with the Lakers.

Regardless of their willingness today Iguodala until takers may come and snag him, they are still the losers in this trade deadline because of how what they gave up.
Despite Iguodala freeloading, everything was working fine with the young core of Ja Morant, Jaren Jackson Jr. and Brandon Clarke leading the way. Jae Crowder is another utility player for them and now he's gone.

Memphis were able to take care of their place at 8th in the Western Conference based on chemistry and it now might be messed up. The team received Justise Winslow, James Johnson, and Dion Waiters, who caused a lot of drama in Miami.

Although there's no question that Winslow and Johnson will be fine, it's a matter of Crowder and Hill already working prior to the trade. If there's one thing they should worry about, it might be Waiters wanting the ball out of Morant's hands which we all know will not work.

The Lakers had a list of players they wanted at the trade deadline. Unfortunately for them, they stretch out with Marcus Morris, Markieff Morris, Bogdan Bogdanovic, Spencer Dinwiddie, Andre Iguodala, Derrick Rose and Dennis Schroder, among a list of trade targets.

They are also keeping Kyle Kuzma, who despite being very talented and productive as a player, his issues with team chemistry and defense might be what pulls down a strong Lakers team.

Kuzma was such a liability that he wasn't even considered a good enough piece to engage in serious discussions for Dinwiddie, who is having a solid fourth season with the Brooklyn Nets.

They are now turning to potential signings instead as the Lakers are competing with their in-city rival Clippers in pursuit of DarrenCollison. The team also want to give J.R. Smith a tryout just to say that they made a move.

In a somewhat surprising but seemingly possible scenario, the Pistons have traded their 26-year-old, two-time All-Star franchise center Andre Drummond.

The Pistons traded away the NBA’s leading rebounder in four of the past five seasons just to unload his salary. They were willing to take the expiring contracts of Brandon Knight and John Henson, and a 2023 second-round pick from the Cavaliers, which are incomparable to an asset like Drummond.

They could have at least broken even with a Tristan Thompson or a Kevin Love (who reportedly wants out of Cleveland) but chose to receive essentially nothing in return.
Blake Griffin couldn't stay fully healthy, nor carry a franchise and the next best assets left are Derrick Rose and Luke Kennard.

The Houston Rockets as a team aren't entirely losers at the trade deadline despite dealing Clint Capela for Covington.

They might have the smallest center in NBA history now that the 6-foot-5 PJ Tucker might have to switch from a solid 3-and-D guy to starting center. Houston will most likely have a starting lineup of James Harden, Russell Westbrook, Eric Gordon, Covington, and Tucker.

Covington is a 29-year-old is a 3-and-D wing who started his career in Houston before stints in Philadelphia and Minnesota. He adds more three-point shooting to a team already full of them but if Golden State is an indication, it isn't a bad thing.


There is no doubt Tucker can guard centers well but body wise, he's definitely going to be taking a beating.

This year's trade deadline has more good things than bad if we are going to base them on future implications. Being a loser at the trade deadline doesn't mean they'll be losing for a long time except maybe for one.

The winners are a fix but for the losers, the only one with a potential long-term implication is the Lakers unable to trade away Kuzma. Nobody is doubting the extreme talent of Kuzma but if you are one-third of the reason LeBron James, a perennial NBA finals regular missed the playoffs entirely last season, it might cost the Lakers especially as the other Los Angeles team beefed up.

Overall, this trade deadline was an okay one as the pieces that moved were already either discussed in rumors or were already coming.

Who are your winners and losers at this year's trade deadline? Comment down below your reactions and opinions.