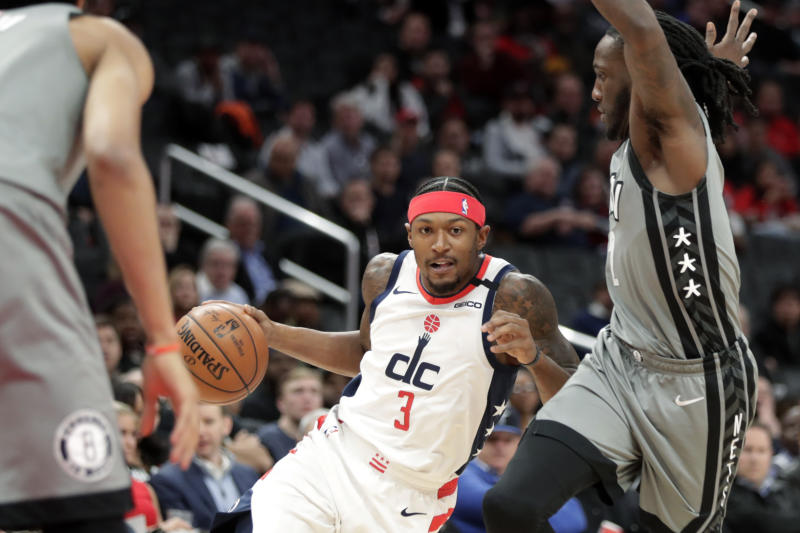 After scoring impressive back-to-back 50-point games which he did not win, the Washington Wizards guard received a drug test from the NBA as well.

Beal's explosive scoring earned a the box-and-one treatment against the Brooklyn Nets on Wednesday. He ended up scoring 30 points that night and luckily, they won a game.

Beal said that he hadn’t seen that kind of defense since his high school days.


Bradley Beal consistently playing like an All-Star for Wizards

Beal's numbers wouldn't be considered "empty stats on a bad team." It just so happens that his play has never been more evident on this season's team.

The All-Star snub averaged 36.7 points per game in 13 games since Jan. 26. Despite the monster games from Beal, the Wizards were only 6-7.

Worst part is they lost to teams at the bottom of the standings such as the Cleveland Cavaliers, Atlanta Hawks and Golden State Warriors.

His performances were so unreal that the NBA mandated he undergo drug testing despite losing those monster games.

Expect Beal to be beaten up by the end of the season if more of those box-and-ones will come.


Is Bradley Beal still not doing enough for the Wizards or are his teammates to blame? Let us know what you think in the comments below.