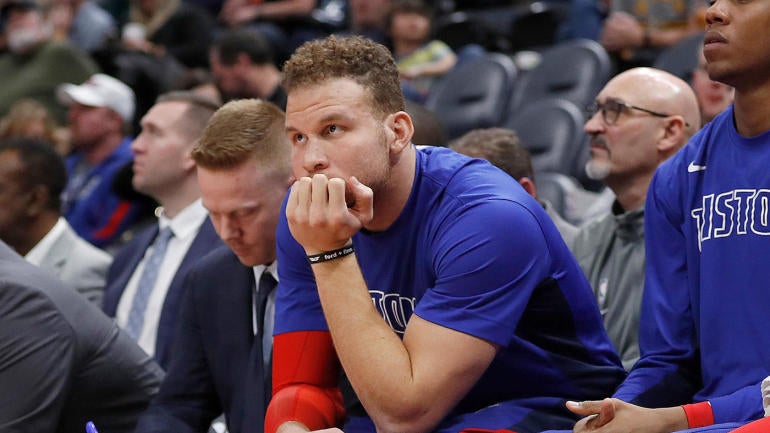 Taking in Blake Griffin's five-year $173 million contract was already a huge gamble from the start if not offering such already was.

The Detroit Pistons were supposed to know that already when they traded for Griffin less than two weeks before the 2018 trade deadline. One league scout even described it as a "desperate move by a desperate team."

Griffin was in the first year a newly-signed deal with the LA Clippers when Detroit traded for him. The huge contract crippled the team's financial flexibility moving forward.

Add to that his injury history and a track record for not being able to carry a franchise on his own. It was all too late for the Pistons.

The Pistons were bottom dwellers in the Eastern Conference when they got Griffin. The decided to use the remaining games to build around a trio of Griffin, Andre Drummond and Reggie Jackson which may have backfired.

The team missed the playoffs that year but made the No. 8 seed next season. Griffin had a solid season showing off what else he wasn't able to in the past. The problem was that his impressive dribbling ability and a developed jumper wasn't enough to overcome the powerful Milwaukee bucks.

The blend worked in terms of team performance but individually, it was a logjam. Despite two powerful big men, it wasn't enough as Giannis Antetokounmpo destroyed them both en-route to a first round exit.

Detroit is 11th in the Eastern Conference with a 14-27 record. The team is filled with a lot of drama with Drummond a topic of trade talks, Jackson with a  bad back, and now Griffin has a problematic left knee and is considering season-ending surgery.

Griffin has had a long list of injuries in his athletic career. He played like the All-Star he is when he first came to Detroit.

He gutted his way through two playoff games last season after he'd initially been ruled out for the season with knee tendinitis. He got a standing ovation from the Detroit crowd for his efforts.

The Griffin trade didn't justify its risk. The team wasn't suddenly a powerhouse as they even got swept by one. The team knows the athletic gain comes with an injury return. The problem is that athleticism wasn't like the one that brought the Clippers atop the Western Conference.

The Pistons will have to spend another $110 million to keep Griffin and another $40 million if he exercises his player option in 2021-22. He finds himself in the Chris Paul scenario in Oklahoma City where he is an injury-prone aging star.

Despite that, the Pistons might likely find a taker for Griffin rather than Drummond so its likely he's done for now.

Teams are most likely going to pursue trading for him. Contending teams can use an extra muscle provided they can pay and teams at the Botton can use some All-Star credentials whether it makes a difference or not.

Right now, the Pistons may not regret the deal despite the small returns but they definitely are suffering the consequences right now.

Is Blake Griffin done for the Pistons? Will any team trade for him before the deadline? Leave a comment and tell us where you want to see Griffin go.