Andre Drummond to the Knicks: A done deal? 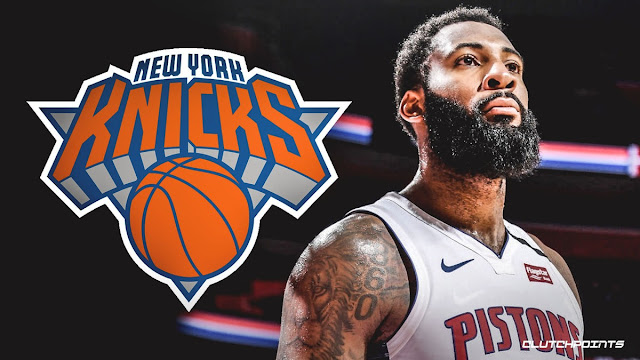 The Andre Drummond trade talks have been circling around the rumor mill for some time now. The Pistons center is rumored to be on the trading block as teams have frequently inquired about his services.

The Knicks are reportedly interested in the Pistons center, who's definitely going to boost the team's rebounding numbers.

Drummond to the Knicks: A done deal?

Ian Begley of SNY reported that New York did indeed touched base with Detroit. The two teams talked about a potential Drummond trade to the big apple.

It's trade season in the NBA as the deadline is next month. Begley would add that the Knicks’ recent talks with Detroit were indeed more serious than just an exploratory nature.

These talks may have worked the other way though. It's highly possible that the two teams weren't able to agree on a deal and moved on. Talks do not necessarily mean an active situation.

Detroit seem to be open to trading Drummond, who's contract is expiring. He can attract teams that are in need of a sure 20-20 guy as free agency hits this summer.

The Pistons won't likely be vying for a title this year especially without Blake Griffin. The feasible thing to do is to get what ever value they can for Drummond.

New York has enough youth to build a core while having neutral-value contracts and draft picks at their disposal. They also have a ton of cap room to make Drummond financially happy.

The problem at the Center position

The Knicks already have a nice center to develop in Mitchell Robinson. Robinson's upside as a force in the middle may coincide with mandatory minutes for a proven Drummond.

Basing playing time on statistics can sometimes be counterproductive as the Orlando Magic might know by now. The same will happen to New York if Drummond and Robinson find themselves competing for each other's playing time.

With Drummond's name recognition and Robinson's potential, it's an either-or situation so it might be best to just trade these two straight up.

Will Andre Drummond be a Knick by the end of the season? Will New York agree to a straight swap of starting centers? Tell us your thoughts.