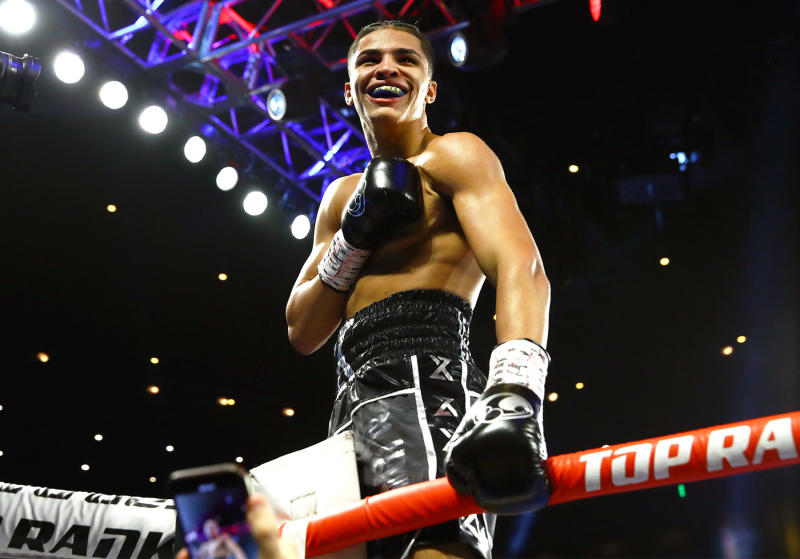 Top Rank has produced a plethora of big-name champions in the past. Manny Pacquiao, Vasiliy Lomachenko, Teofimo Lopez, Jose Ramirez, Terence Crawford and Artur Beterbiev have all been a part of the promotion's past and present.

Perhaps there is a teenage up-and-comer who is poised to become the next Canelo Alvarez or Floyd Mayweather. His mane is Xander Zayas.

Who is Xander Zayas?

Zayas is a 17-year-old who is still currently studying high school. He spends his afternoons behind his computer as he hopes to finish school. His free times are spent in the gym training as a professional boxer.

The talented teenager is said to have the personality, poise and charisma to also become a major ticket-seller. Zayas is currently 2-0 in his professional career.

He has a chance to make it 3-0 as he faces Corey Champion in a four-rounder on Saturday in Atlantic City.

The dilemma between Amateur and Pro

Zayas could have easily qualified for the 2020 Olympics in Tokyo had they not changed the rule where they increased the qualifying age to 19.

Another problem is that if his camp chooses to wait for the 2024 games, he'll be 21 and may be too old to start for a talent like his. Zayas' manager, Peter Kahn, agrees waiting for 2024 is too risky.

“We could have said, ‘OK, let’s be patient and wait for 2024 and prepare for that,’ but let me ask you a question: Are you certain there will even be boxing in the Olympics in 2024?” Kahn said.

At 17, Zayas has already fought in 136 amateur fights. Preparing for the 2024 Olympics would only have added to that without much return.


Preparing for the bigger stages

Zayas is trained by Hall of Fame matchmaker Bruce Trampler, who believes he is physically, mentally, and emotionally ready for the pro ranks.

Trampler has the trainer credentials. Some of his notable proteges became surefire hall of famers such as Oscar De La Hoya and Floyd Mayweather. He isn't one to credit his student just yet though.

“I really like his chances,” Trampler said. “[He] could turn out to be very good,” he added.

Zayas is currently fighting at welterweight. Kahn thinks he hasn't hit his peak physically yet til he turns 20 or 21. Kahn predicts his client will be a middleweight by that time.

“This is a kid with a lot of ability and a physicality about him, but he’s got great humility and a very, very mature presence,” Top Rank president Todd duBoef said.

He looks to follow the footsteps of his idol Miguel Cotto someday. Lucky for him, he has more charisma at 17 years old than Cotto ever projected.


Is Xander Zayas boxing's next big thing? Will he surpass the greats of past and present era? Tell us what you think about the 17-year old prodigy.