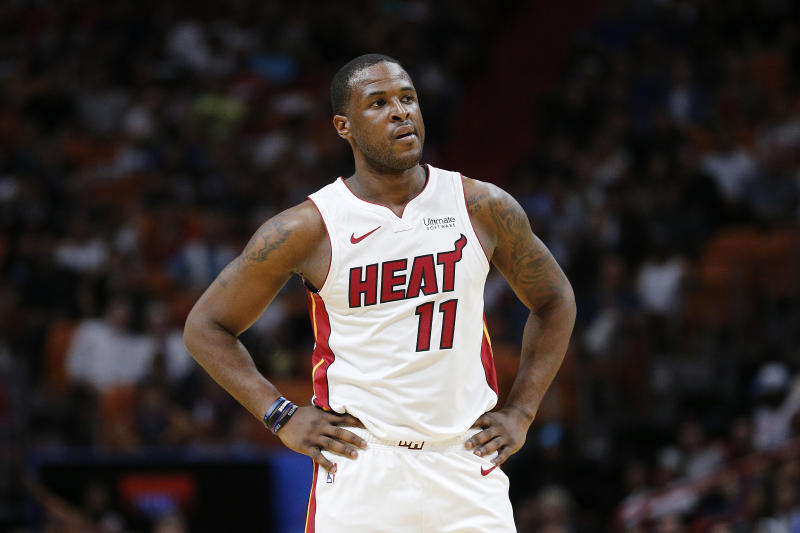 The longer time Dion Waiters spends in Miami, the more falling out happens.

The Miami Heat are reportedly“determined  to move on” from Waiters in the wake of his third suspension this season. Reports state that the team is exploring every option possible to make Waiters' exit happen.


The team suspended Waiters for six games on Thursday for his “continued insubordination” to team rules and policies. Waiters didn't attend team practice, allegedly telling them he was ill before posting a photo on his Instagram of him on a boat.

Waiters has had a number of brushes with Heat management. He was suspended for the Heat’s season opener after “a number of unacceptable incidents.”

First was a disagreement between him and coach Erik Spoelstra over his role and playing time. Then, Waiters was suspended for 10 games a month later after eating a THC-infused gummy before boarding the chartered flight from Los Angeles. He would suffer a panic attack on the flight.

The former Syracuse standout's recent insubordination is probably the final straw in a string of drama that is happening.


Waiters yet to play this season

Waiters still has two years left on his four-year, $52 million deal with the Heat. He is still owed $12 million for each of the next two seasons. The Heat's willingness to buy him out is a huge indicator of irreconcilable difference. Waiters still wants to play this season. It's the reason why he has yet to play that might give teams some red flags.

He averaged a decent 12 points, 2.8 assists and 2.6 rebounds in 44 games last season. Miami has Jimmy Butler, a pair of impressive rookies, and Bam Adebayo who continues to emerge for the Heat.

The team got out to a 19-7 start without Waiters. They are currently third in the Eastern Conference. Having Waiters return with his current disposition might mess up with what is already working.The best option might be to part ways if that is the case.


Should Miami part ways with Waiters? Will another team be willing to take him in? Tell us what you think.