Hassan Whiteside comes out big on in losing effort against Denver 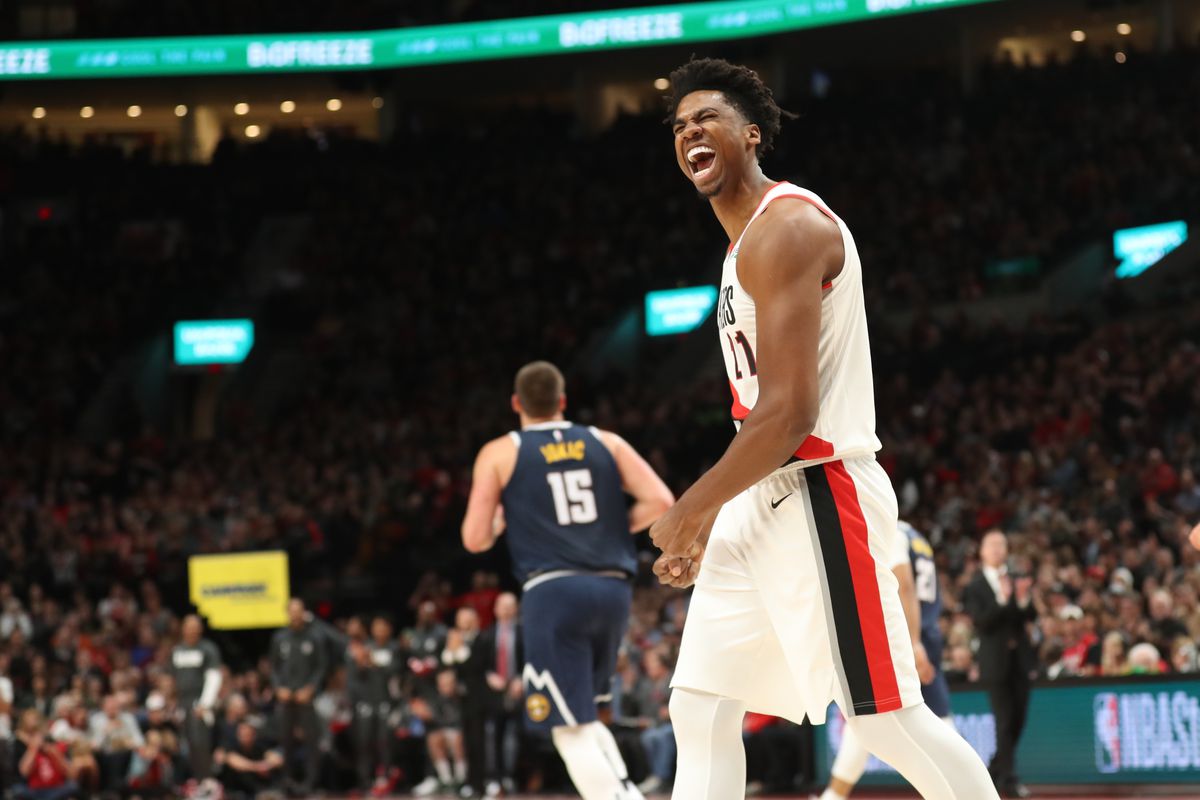 Portland Trail Blazers center Hassan Whiteside has normallybeen sitting on the bench with his knees wrapped in ice and both feet ankle deep in a bucket of ice these days. Something was different Thursday night however.
Whiteside sat looking for answers as the Nuggets dismantled the Blazers by 15 points. The 7-footer was dominant on both ends of the floor during the odd quarters. He managed to put up a a career-high 33 points but apparently it wasn't enough to give his team the win.

"There's stretches when we look amazing and then there's stretches where they go on big runs… They was hitting threes, they was making us pay, and we would over help, and that's pretty much what happened," Whiteside said in a postgame interview.

He had 13 points in the first quarter on 6-of-8 shooting along with six rebounds as the Blazers w Nuggets early on. Whiteside even managed to hit his first and only three-attempt this season.

"I shoot them all the time [in practice]. So, when it is a situation like that I feel comfortable…. I hate when people always saying, "why you working on that? You don't do it in a game." Well, maybe that's why you work on it," Whiteside said about his three pointer.

Despite Whiteside's big night, it still wasn't enough as the rest of the team were struggling.

Damian Lillard was only 2-for-9 from three but didn't hesitate to credit his big man for a good night.

"He had a great game. They put a lot of attention on the ball and he was coming open all night and he scored early, and all throughout the game he made those short floaters, he made some jumpers, made free throws, I thought he played a good game," Lillard said on Whiteside.

CJ McCollum also had praises for the big man.  "He finished around the basket. He rebounded. I thought he took advantage of how they were guarding him in the pick and roll and he capitalized," McCollum said.

Despite the setback, the TrailBlazers are in the right path as a team. Carmelo Anthony has accepted his fate as a player, Whiteside became the first Blazer since Buck Williams to have 10+ rebounds in 10 straight games on Thursday night.

Whiteside and the rest of the Trail Blazers are still in search for answers as their trust hasn't translated to a consistent game. They're hoping it's all a bad night.
Basketball Hassan Whiteside NBA Portland Trail Blazers