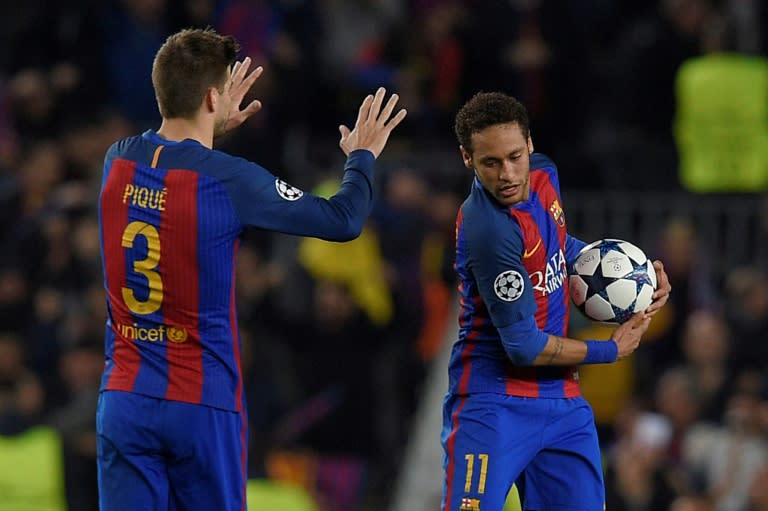 It's a team effort they say.

Gerard Pique said FC Barcelona's players offered to alter their own contracts to help the club buy Neymar from Paris Saint-Germain Barcelona tried to re-sign the Brazilian star again las summer however, the two teams were unable to agree a deal.

It can be remembered that the team sold the Brazilian star to Paris Saint-Germain for a world record transfer fee of 222 million euros ($249 million) in 2017.

"What we proposed to the president was that we could tweak our contracts because we knew there was an issue with Fair Play," Pique said in an interview. "Instead of getting paid what we were owed for that year, we could transfer it to the second, third of fourth year so Ney could come. Ultimately we wanted to support the club and if we could help in some way, we had no problem with that," he explained further.

Neymar's price tag is at 38 million euros a year at PSG. Barcelona will have to pay the huge financial implications of bringing the  and the 27-year-old forward back to their camp.

Should Neymar return to Barcelona?

Neymar has struggled to bring the talent he showed in the Spanish league on to the French League. His woes have stemmed from lack of chemistry with his teammates there to injuries brought by his lifestyle choices.

Pique went as far as comparing Neymar's stint in PSG to a "golden prison." The Spanish defender is optimistic that anything can happen with the door wide open for a Neymar to return.

At 27 years old, Neymar still has a lot to offer any team he plays for. The talent is still there despite the choices he has made lately. All he needs is another chance to show what the world sees in him.

Barcelona gave Neymar the chance to become a world-class footballer. It might be time they give him the chance to prove he still is.

Should Neymar return to Barcelona? Will the team be able to re-sign him at the next transfer window? Let us know what you think about the flashy Brazilian's future.