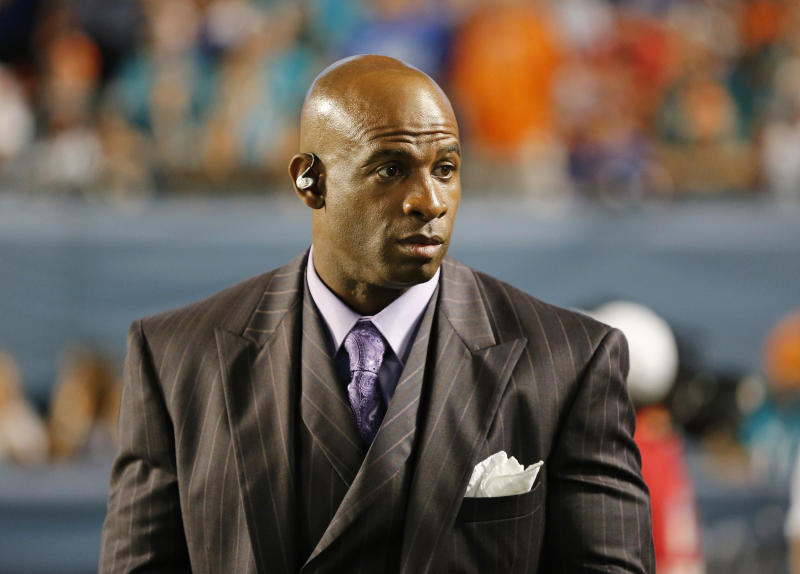 Deion Sanders is on the lead to become Florida State coach. NFL Network reports that the Seminoles great and Pro Football Hall of Famer is highly considered to fill in the vacant slot.

Florida State fired head coach Willie Taggart on Sunday in the midst of his second season leading the program. It was an unorthodox move considering there are only three games left in the season.

Florida State has never been the since Jimbo Fisher left. Fisher coached the Seminoles to their most recent national championship in 2013.

The decline began even before Fisher left for Texas A&M after the 2017 season where the Seminoles finished 7-6. Taggard didn't prove to be much help either as Florida State tallied a 9-12 record his regime.

Sanders is a Seminoles legend. He happens to be the most recognized name and face associated with the program.

A reunion with Florida State as its coach would inject an immediate jolt of excitement in Tallahassee. Sanders brings in some high school experience as he worked as an offensive coordinator for Cedar Hill Trinity Christian.

His successful Texas prep program has made him fit to call the shots in the amateur ranks. Though he still has no coaching experience at the college level, his time with the program will most likely bring back some of Florida State's old formulas for winning.

Sanders played cornerback at Florida State from 1985-1988.He was a two-time unanimous All-American. He was also part of the Seminoles' baseball and track teams.

He has 14 years of pro experience in the NFL. There, he was named a six-time All-Pro, eight-time Pro Bowler and the 1994 Defensive Player of the Year.

He's also a two-time Super Bowl winner with the San Francisco 49ers and the Dallas Cowboys. Sanders is considered as one of the greatest cover corner in history.

Sanders has spent much of his later years working as an analyst for NFL Network since retiring in 2005.


Is Deion Sanders the perfect man to coach Florida State? What changes will he make if he lands the job? Leave a comment and let us know your thoughts on the former Seminole.