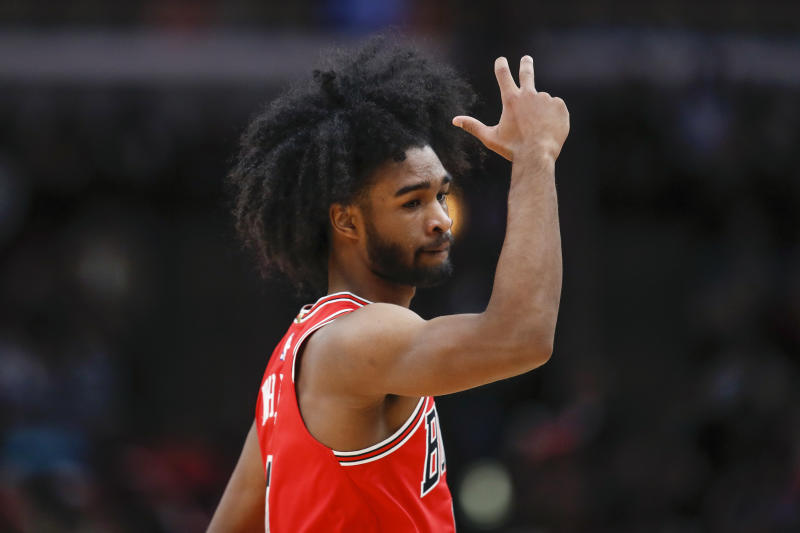 Chicago Bulls guard Coby White is enjoying his permission to fire. He didn't make efficient use of it though for the first three quarters.

Then he saw light.

White heated up in a fourth quarter that saw him singlehandedly outscore the New York Knicks 23-17 as he set a team record for 3-point shooting.

Coby White fires up from beyond the arc

“He just told me go to out there and be Coby,” White said of pregame advice from Williams. “That’s all I’ve got to do.

“If possible, can you come to more games?” White continued, regarding Williams showing up for his big night. “I haven’t shot like that in a long time.”

White already had his offensive firepower in his arsenal during his single season at UNC. His potent scoring made him to rise up draft boards where the Bulls selected him with the No. 7 pick in June.

The guard-heavy bulls have trusted White with a permission to fire after impressive scoring outings in the summer league and the preseason. White has returned the Bulls' trust by firing up and scoring in spurts at an NBA level.

Can Coby White snatch Rookie of the Year from the early favorite candidates? Will he be the no. 1 option in Chicago in the future? Tell us what you think about the former UNC Tar Heel.