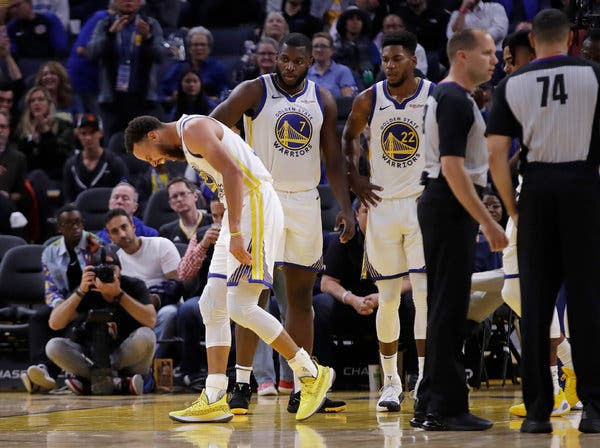 Golden State Warriors' injury woes continue as its superstar is the latest to get hit by the bug. Stephen Curry left Wednesday’s game against the Phoenix Suns after a bad fall.

It was later announced that Curry suffered a broken left hand due to the ugly fall. Curry will have a CT scan on Thursday to determine if surgery is needed to repair the hand.

The timeline for return is unclear at the moment.

Curry collided with Suns center Aaron Baynes, who fell on top of him when he hit the floor. He grimaced in pain as he clutched his left wrist as he got up and walked back to the locker room.

In a previous play, Curry already rolled his left ankle on the other end of the floor on defense. Despite that, he still managed to grab the rebound and start the fast break.

The injury to Curry came in the most inopportune time as the Suns were on a 21-0 run in a first quarter. Phoenix ended the quarter with a 43-14 lead. Curry left the game when with the Suns leading them by 29 points.

Golden State has already been predictable judging by their now 1-3 start. The departure of Kevin Durant and Klay Thompson's injury is already heavily felt by the team as they suffered ugly losses.

The Warriors' current losses include a 141-122 home loss to a Paul George-less Los Angeles Clippers and a 120-92 loss on the road to an almost rebuilding Oklahoma City Thunder.

Curry was on the floor during these blow out losses. It's ugly news for a Warriors team that has suffered ugly defeats against franchises they used to dominate.

A long-term injury for Curry is definitely going to be the toughest blow for Golden State. Let's just pray it isn't as bad as it looks.

Will Stephen Curry be able to play through his injury? Are the Warriors in trouble? Let's talk about it in the comments below.