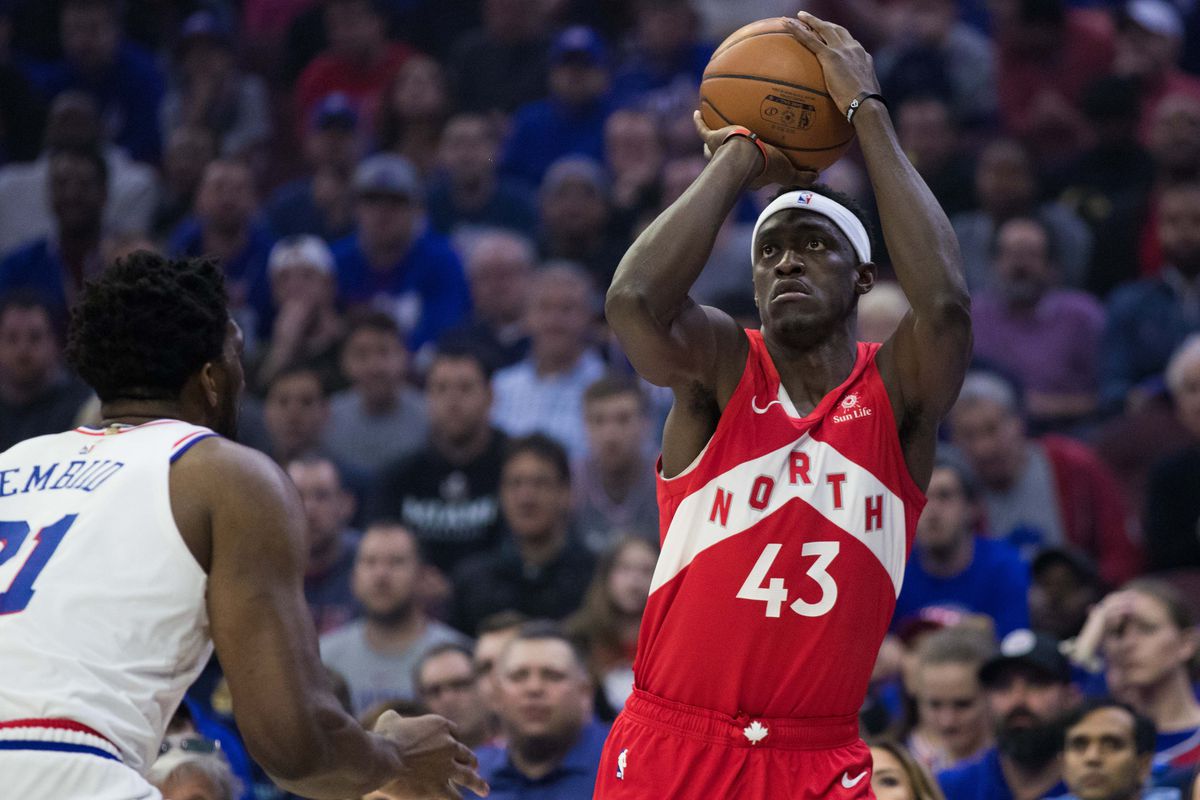 The Toronto Raptors have a new face for their franchise.

Pascal Siakam has agreed to a four-year, $130-million maximum contract extension. He will be locked in with the Raptors through the 2023-24 season. The team took advantage of the extended term and significant dollars ahead of the Oct. 21 deadline for offering extensions.

The 2018-19 Most Improved Player now carries the load Kawhi Leonard left after winning the NBA Championship. Siakam will take on the challenge of growing into an All-Star, more importantly a bonafide superstar.

According to sources, the contract extension has no team or player options indicated.

From raw player to face of the franchise

Toronto suffered a huge loss after Leonard and Danny Green, two of their key pieces in the championship run left for the two Los Angeles teams. However, the team secured Kyle Lowry through 2020-21 season as a consolation.

The team is taking the retool approach rather than rebuilding from scraps. They have been through that route for the majority of the past decade that they aren't willing to take a step back.

Siakam has emerged from an unheralded rookie to important piece in the franchise's first championship. The 27th overall pick in the 2016 NBA Draft had a very quiet first two seasons before breaking out on his third.

Before being the no. 2 guy in Toronto last season, Siakam struggled to keep his head above water on an NBA court. The game was too quick for him to keep up as his skills were far too raw to make any kind of impact.

He worked on his game in the NBA G League with Raptors 905. There, he blossomed under Jerry Stackhouse’s watch as he led 905 to their first championship. Siakam won the G League Finals MVP award to cap his stint there.

Adapting to the NBA game

Siakam became an integral member of the Bench Mob, a secondary unit that ran teams ragged with an infectious, unselfish style of play. His athleticism became useful combined with his work ethic and desire to improve. Siakam became more comfortable with his feel for the game as time went by.

The Raptors power forward averaged 16.9 points, 6.9 rebounds, 3.1 assists, and just about a steal per game, almost doubling every statistical category from the previous season. Siakam even answered questions of how he would adjust to playoff defenses with his performance in important matchups.

He did a good job matching up against defenders ranging from Jonathan Isaac to Joel Embiid to Giannis Antetokounmpo to Draymond Green. He even showed his composure in bug moments in Game 1 and Game 6 of the NBA finals.

Siakam proved he's an asset in the NBA. The long-term extension extension he signed comes with a lot of expectations however. Stat improvement is nothing if it doesn't translate to efficiency and win shares. He has to make the same impact Leonard did for the team last season.

The Raptors have the next couple of years to see whethercan handle double-teams on a nightly basis instead of being the reliever. The pressure of being the No. 1 option can be too heavy when forced too early. Siakam must see this as an opportunity to ultimately grow into the top-tier difference maker needed to win a championship.

The 2021 free agent class is going to be loaded. Superstars like Giannis Antetokounmpo and Leonard are headlining the list. Raptors also have to see if they still need Marc Gasol, Fred VanVleet and Serge Ibaka by that time.

The Brooklyn Nets and Los Angeles Clippers snapped up the big fishes in the 2019 free agency pond. The Raptors should attract some marquee free agents to create a serious contending team for the Larry O’Brien trophy.

Everyone is hoping Siakam has the confidence even without a superstar to motivate him to perform well.

Is Pascal Siakam indeed the franchise player for Toronto? Is he worth the max extension? Feel free to comment on your thoughts.