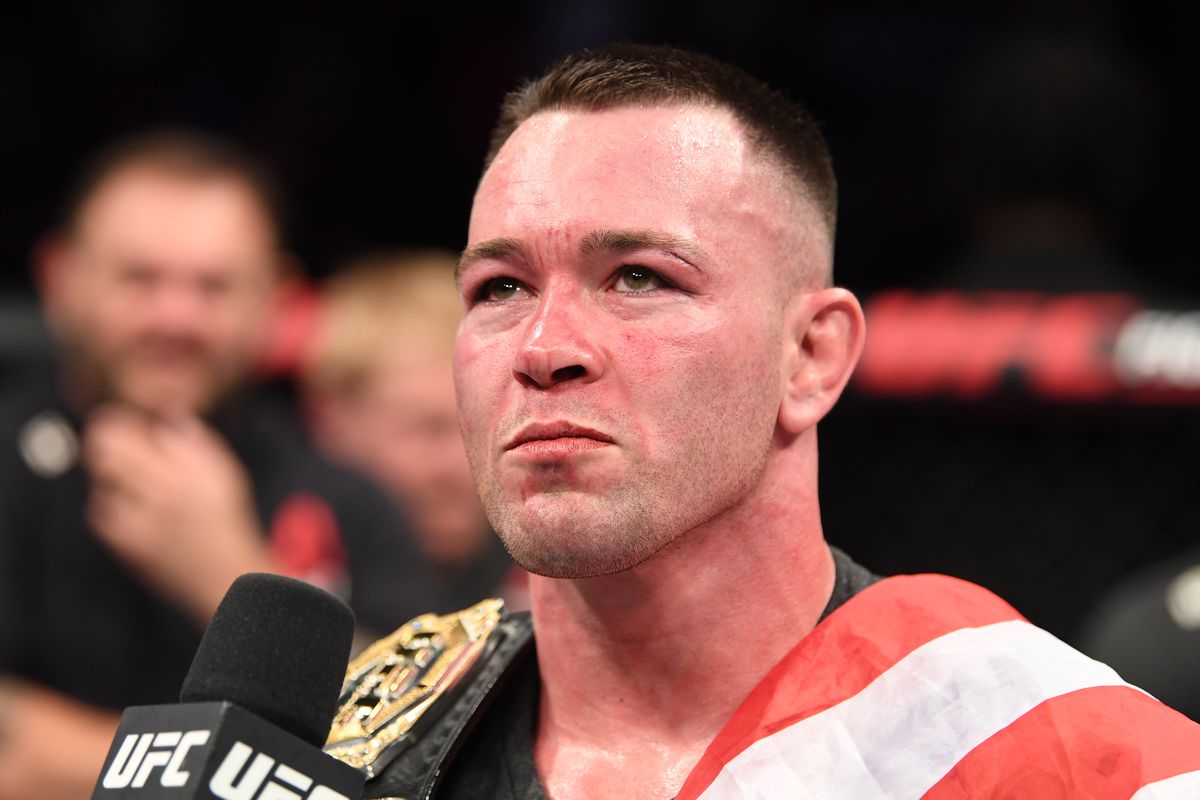 The highly anticipated fight between UFC welterweight champion Kamaru Usman and Colby Covington may have to wait.

The challenger has accused the UFC for treating him unfairly. The fight was supposed to headline UFC 224 on Nov. 2 in New York but the negotiations got stalled.

UFC fans need not to worry as another exciting match up was bumped to the main event as Nate Diaz and Jorge Masvidal will headline the said event.

Covington said it isn't his fault that the UFC welterweight championship fight between him and Usman did not push through. He blames the UFC for "treating him unfairly."

There has been a lot of talk from a lot of people about why negotiations fell apart but Covington on Monday said it isn't his fault.

“I’ve put my life on the line for this company. Went to Brazil, said outlandish things where people literally wanted to kill me and I had gangs in favelas coming after me and they still want to come at me with this basic challenger, entry fee type money? I’m standing up for what’s right,” Covington explained.

Covington won the interim UFC welterweight title by beating former lightweight champion Rafael dos Anjos at UFC 225 in June 9 of last year. He was stripped off the interim belt after declining to fight then-champion Tyron Woodley at UFC 228 in September of the same year.

He made an impressive return to the Octagon last August at UFC on ESPN 5 where he defeated Robbie Lawler in the main event. Covington won a lopsided unanimous decision.

During that time, Usman was recovering from a double-hernia surgery that followed his title win over Woodley in March.

The buildup made during a post-fight impromptu face off between Usman and Covington all went down the drain once negotiations got stalled. Covington also accused Usman of turning down multiple UFC 244 opponents.

“My side of the story is, I’m ready to fight, I was ready to fight, but the UFC came to be with the basic challenger’s offer,” Covington said. He claims to be the champion and said there was no negotiation that happened.

"They came and ran at me and said, ‘Here, take this, or leave it and we’ll pass it on to the next person. That’s not fair negotiating and that’s not right. So I’m not going to take the first offer that you offer me,” Covington explained further.

Regarding Usman turning down opponents, here's what he had to say:

Covington said he was ready and willing to fight Usman. The only problem was that the UFC offered him less money to fight Usman as compared the non-title Lawler fight last August.

“I have a world title and they still want to treat me like crap,” Covington continued with ESPN. “They still want to not give me any room to negotiate and work. It’s not fair. The company is rolling in money. Thirty-percent growth last month. We all know the ESPN deal. They’re making so much money. They need to make this right,” Covington ranted.

Will this fight still happen?

Covington is still hopeful that both parties will come in terms for a title fight with Usman before 2019 ends.

He said he isn't making any unreasonable demands. He just asks for something reasonable for the work he puts in.

Will Covington and the UFC finally come in terms of a deal? Will Usman vs Covington happen before the end of 2019? Let us know what you think in the comments below.